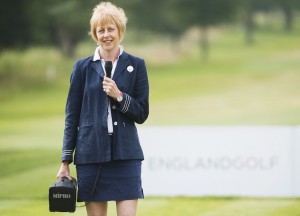 England Golf, the governing body for amateur golf in England, has invested in several portable wireless PA systems from MIPRO in readiness for the coming season. The equipment will be used to announce players as they arrive at the tee as well as for pre- and post-event speeches and presentations.

The systems may be used as self-contained, stand-alone systems or in conjunction with each other if broader coverage is required. The equipment was supplied by AV integration specialists AVworx in Bedford via MIPRO’s UK distributor, CUK Audio.

England Golf will run 55 championships and tournaments in 2017, including the European Amateur Championship and the Men’s Home Internationals. The organisation has taken delivery of two of MIPRO’s flagship MA-808 systems and four of the smaller MA-303 units, along with six ACT32H handheld wireless microphones (one for each system) as well as stands and transport bags.

“Initially England Golf were only after a single PA with a wireless mic suitable for outdoor use for introducing each player as they approach the tee,” recalled AVworx’s Dan Portman, “but they soon realised that from a logistical point of view, one unit was not going to be enough. Further discussion revealed that a combination of the large units for major events and the small units for minor events would be by far the best option, especially as the MA-303s can be easily carried. They also now have enough systems that overlapping matches can be catered for.”

“The MIPRO units are an idea solution for England Golf for a number of reasons,” remarked CUK Audio’s Simon Druce. “They are extremely resilient – a must for British weather conditions – and have immense staying power in between recharges.

“Another key point concerning the MA-808s is that multiple units can be linked wirelessly to extend transmission range and expand coverage for up to 2000 people with no trailing wires. They’ve got a retractable handle and wheels for easy transport, just like pulling a suitcase, whereas the MA-303s are extremely lightweight and can be simply hand-carried.”

England Golf’s Championship Director James Crampton is in full agreement. “We were already familiar with the smaller MIPRO units and we know them to be easy to use and extremely efficient, so we had no hesitation in ordering more. As for the larger ones, I’m sure they will prove their worth for our major events. It’s great that you can store the microphones inside the unit and they really are extremely simple to set up and operate. I’m looking forward to putting them through their paces.”