Enriching the experience: Sony on realising the power of data-driven sports production and fan engagement 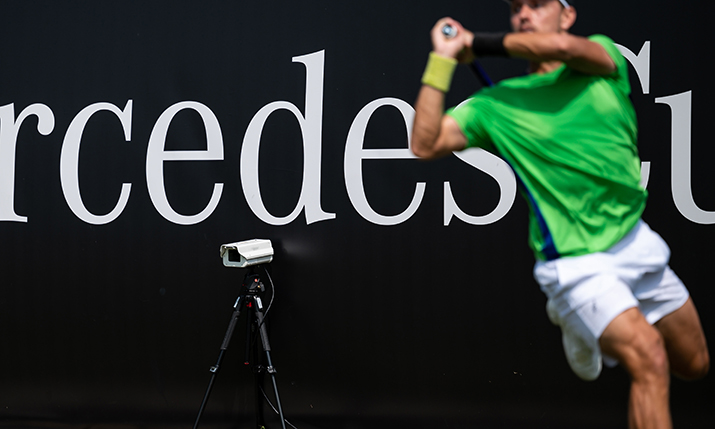 People love stories, both the stories we know the ending of, and the stories in which we live through the twists and turns as the story unfolds. That’s why sports, with their players and uncertain outcomes, federate us and ignite our imagination.

We watch a game play out and our mind builds up a whole universe from the data gathered through our eyes and ears. The more facts and data we can add to the game – its history, statistics, strategies, its whys, its whos, its whens – the more engaged we are, the more that story becomes real.

Today, technology plays an important part in teaching us something, about the players, strategy, rules, so that we can gain further insight into the story, and further our experiences with it, no matter who you are – a fan, coach, player, analyst, or rightsholder.

Sports producers, and anyone involved in sports officiating, tracking, rule-making, know that modern sports come to life when the images are enriched with data – when they can offer coaches, officials, players and fans information that impacts their experience with the game, making stories richer, more compelling, accessible and useful.

Sony’s Sports businesses, which include Hawkeye and Pulselive, focus on this point exactly. Ten years ago, in 2012, Hawk-Eye’s video replay technology was used officially in 16 different sports at the 2012 London Olympics, just before qualifying as the official licensee of Goal Line Technology. Ten years before that, Hawk-Eye was launched and used for the first time in Channel 4’s coverage of the Ashes, paving the way to a redefined cricket game. Pulselive was launched to bring the world of sports fans together during the rise of personal engagement through digital in the early 2010s. These businesses were built to redefine every stakeholder’s experience through storytelling by adding data to the story.

Why will this matter in 2022? Because the past 18 months have, in many ways, seen the continued growth of data-driven sports production and fan engagement, and in 2022 many of those fruits will come to maturity. No longer will remote officiating or production be executed as a trial, an experiment due to circumstance, but because that is now what leagues, fans and producers require to tell stories in a compelling way to a new kind of audience; a digitally native one, and an adapted older generation.

The audiences now look for stories that are more personalised, relevant, in-depth and accurate, putting pressure on storytellers and analysts to address their expectations. They also want allowances to build the stories themselves, and for that- they need all the pertinent details, from the angle of the batter’s elbow as they swing for that home run, to the historical statistics on the Player Profile of their favourite fantasy player on the league’s website. The more information available, the more engaging the content, and that information has to come from somewhere, and has to be accessible to them.

In 2022, Hawk-Eye and Pulselive will be providing technologies, services and expertise to 23 of the 25 biggest sporting leagues in the world, and trialling new creative ways to push sports further.