ESPN’s The Last Dance sounds as good as it looks

ESPN’s 10-part documentary The Last Dance, which chronicles Michael Jordan and the 1997-98 Chicago Bulls, has drawn raves that are only enhanced by the fact that it’s one of the only new sports-content shows on television during the pandemic. Using never-before-seen footage intercut with interviews with more than 100 people close to the team, the documentary follows the team throughout a truly magical season and culminates in their final championship together.

What’s as good as seeing Jordan’s best years collected in a visually engrossing narrative, though, is hearing how that amazing season and career also sounded.

“I was shooting for that sound in my head that I thought of when I watched those games when I was probably 10 or 12 years old,” says Keith Hodne, supervising sound editor and re-recording mixer for The Last Dance. “But [the sound] of the documentary is also more creative, stylised, artistic. It was a delicate process.” 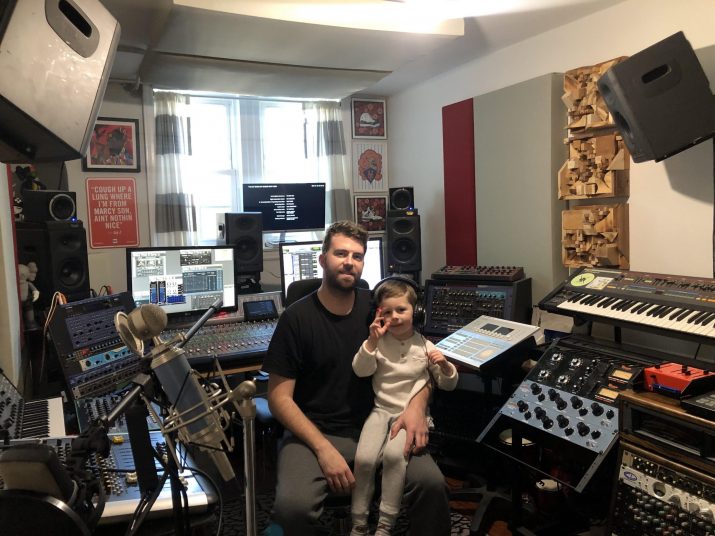 Hodne built up banks of sound effects taken from the hundreds of hours of footage available through the extraordinary access that Jordan and the team granted to the NBA’s archivists at the time. The sounds are the colours in a palette he applied, in consultation with director Jason Hehir, to create an underscore as compelling as the vintage hip-hop and other music tracks that music supervisor Randy Chung assembled.

The audio was culled from 500-plus hours of game footage, captured by scores of different microphones in various arenas more than 20 years ago, which meant that there could be significant variations in tonality (although the overall sonic quality was quite good, Hodne adds).

“You’re hearing all the real footage off the tape,” he says. “It definitely has that sound of tape, which is what I wanted. It brings you back to that time, which is what I want a documentary to do. At the same time, it’s Michael Jordan, so it’s epic, and you want to match that. From a sound perspective, we definitely want it to hit you not only with the music but with the crowd.”

The show’s audio mix is a balance of the kind of being-there feeling that the best broadcast-sports productions can convey and a triumphal Rocky-esqe cinematic type of experience befitting Jordan and the Bulls at the apex of their powers.

“I want that feeling when you first step foot in any arena and you feel that energy,” says Hodne. “But, with that being said, we also definitely wanted to create a cinematic experience. We didn’t want to re-create just the live broadcast of the game.”

He points out that, because the audio tracks he had to work with were done by professionals, many were in good condition. Nonetheless, the 20-plus-year-old audio also came with inevitable sonic artifacts — pops, clicks, crackles — that needed to be digitally cleaned up before the mix.

“There’s a hundred-plus different environments that they are filmed in,” he adds. “Making sure that’s cohesive was part of the job. And we’re not even talking about the sound-design aspect, which was a beast in itself.”

Part of the effort was to give various venues their own aural characterisations, particularly when the Bulls swagger onto especially competitive turf.

“In one of the later episodes, playing against the Utah Jazz, we go into talking about how it was a very ‘threatening’ arena for [visiting] teams, in terms of volume and sonic texture,” Hodne explains. “And we use that sound to tell the story of how does that feel basically when you’re in someone else’s house. It’s loud, it’s intimidating. We tried to capture that feeling, because that arena becomes a character.”

ESPN asked the production company to step on the gas to get the doc to air in April, two months earlier than originally scheduled

The challenge of the final mix was getting the balance of the effects, which were pulled from the original footage and combined with some library sounds; the music, which Hodne says Hehir wanted to be nearly constant, particularly in the action scenes; the crowd sounds, which suffuse the surround channels with an ambient bed he dubs ‘whitewash’; and various streams of dialogue, including players’ chatter and announcers’ calls and commentary.

“The thing was to get [each] of those elements in the montage shots to have a time and a place of their own in the mix, making sure everything cuts through,” Hodne says. “There also tends to be more compression on those live mixes. You [also in the final mix] tend to lean more on compression and side-chaining, too, to grasp [individual] elements and pull them forward.”

Another challenge was that The Last Dance was being put together as COVID-19 was descending on New York City. Hodne had been working at post house Sim New York’s downtown facility, but, as the pandemic unfolded, he decamped to his home in Brooklyn’s Bay Ridge neighborhood, where he has a home studio outfitted with much the same audio gear he uses at the post facility, such as Avid’s Pro Tools editing platform.

Compounding that, with live sports suddenly unavailable, ESPN asked the production company to step on the gas to get the doc to air in April, two months earlier than originally scheduled.

“We went from Episode 3 done in the studio to Episode 4 done in my home,” says Hodne, a Brooklyn native and diehard Nets fan. “[I have] something like a 400-track Pro Tools session with a ton of plug-ins at Sim on the newest Mac Pro with the highest amount of RAM; at home, I have a 2009 Mac Pro with maxed-out RAM and way less processing. But everyone was now working from home. Everyone just pulled together, remotely and securely.”