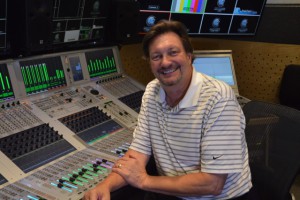 TSL Products has announced that FOX Sports has chosen TSL Systems’ SoundField X-1 Upmix/Downmix Processor and a Soundfield UPM-1 Stereo to 5.1 Upmixer as an integral part of its audio production process.

FOX Sports first employed TSL Systems during its critically-acclaimed coverage of the FIFA Women’s World Cup 2015, and it played an integral role in the superior quality of its audio production. This equipment has also been installed on GCV Encore and is being used to enhance FOX Sports’ golf and NFL broadcasts.

“The various audio elements that contribute to a sports programme, from studio and location dialogue, to commentary, music, and crowd atmosphere typically come into us from a wide variety of mono, stereo and 5.1 sources,” explains FOX Sports’ Emmy Award-winning audio mixer Fred Aldous. “As the sound supervisor, it is my job to mix a show that immerses viewers in the surround sound atmosphere of the event while maintaining clear, consistent imaging of dialogue, and ambient sound.”

Aldous has been a broadcast audio consultant and mixer for over 30 years. As a Multi-Emmy Award winner (for television sports audio), Aldous has worked on FOX Sports’ Super Bowls, NASCAR’s Daytona 500’s as well as several Olympics, and is credited with forging new ground for live surround mixing in sports. Recently, Aldous used the SoundField X-1 Upmix/Downmix Processor and the Soundfield UPM-1 Stereo to 5.1 Upmixer to create a natural sounding 5.1 mix for Fox Sports during the Women’s World Cup in Vancouver.

“At FOX Sports, the edict is that all of the dialogue stays in the centre channel only. However, with conventional upmixers, all sorts of content ends up going into that center channel, which dilutes my dialogue/announcer channel. With the UPM-1 I can use the divergence control to either allow content to be steered to the center channel completely, or to take it out and move it to left, right, left surround and right surround channels,” says Aldous.

The X-1 is a 1U rackmount device that combines broadcast-quality upmix and downmix processing in one box. When presented with an inconsistent variety of stereo and dual mono sources the SoundField X-1 is able to separate the dispersed crowd sound, reflections, reverb and atmosphere – offering the user adjustable parameters to position this diffused sound as desired into 5.1 image.

“One of the things I really like about the Soundfield X-1 is the fact that it gives me both an upmixer and a downmixer in a single device. I also like the fact that I can create presets on the GUI and hand that off to the other mixers. This way I know that the setting are correct to ensure complete consistency of the sound we are trying to accomplish,” adds Aldous.