Going Dutch: how the rights’ holder for The Netherlands is preparing for the Olympics 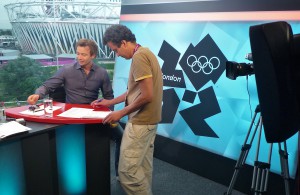 Although it is still just over 12 months to the start of the Olympic Games in Brazil, plans are well under way for coverage by the various rights’ holders from around the world.

“We started the actual preparations shortly after the last winter Olympics in Sochi,” reveals Ewoud van Winsen, deputy editor-in-chief NOS Sport in The Netherlands, for whom this will be his eighth Olympic Games. “And since that time our production teams have visited South America on several occasions.”

That first trip was in the summer of 2014, when the group visited Rio, the Olympic Park and other venues that, at that time, were still under construction.

“We have also attended the various world broadcasters’ meetings organised by the host broadcaster to discuss a multiplicity of topics related to the programming needs,” explains van Winsen.

He continues: “Our biggest challenge is always the fact that you have to make decisions regarding commentary positons and mixed zone positions at an early stage. And, of course, at that point you don’t know which Dutch athletes have qualified for specific events at the Games.”

Van Winsen states that the NOS crew will arrive in Brazil in several stages. “The first ones will be in Rio about three weeks before the opening ceremony. That’s a bit earlier than our timing at previous Olympics, but we will want to be around when the Dutch athletes begin to organise their training camp in Rio.”

At this point in the preparations, NOS plans to have around 100 staff and crew in Rio and the surrounding venues. “We are also planning to take most of the equipment we will need from our base in The Netherlands, rather than hire from local companies.”

He goes on: “We are fortunate to have a presentation studio of about 5 by 10 metres at the Olympic Park, close to the action and, of course, the athletes. We will use four cameras there to make our Olympic shows. In addition, NOS will have office space and editing facilities occupying about 180 square metres within the IBC.”

Van Winson says that having a dedicated studio at the Olympic Park in London in 2012 convinced him that this was the best way for presenting the Games for the NOS audience.

At present, van Winsen says there are no plans to supplement the world feed offered from OBS with NOS cameras. “We will be adding our own Dutch language graphics back at the NOS base in Hilversum. We generally use a system that is tailormade for the NOS in combination with Xpression. However, we are also considering of adding a so-called gallery caster.” 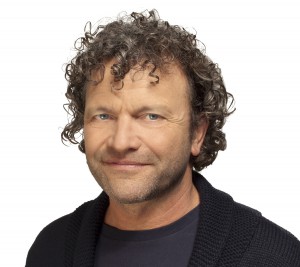 He says that most editing – probably about 90 per cent – will also be carried out at Hilversum using the in-house Avid system. “However, some reporters will edit on site with their laptop and, as stated earlier, we also have editing options in the IBC in Rio. We are completely digital in our operations. So, the set-up for the Olympic Games will also be tapeless.”

NOS will also cover the Paralympics, although plans for specific events will be finalised once the number of Dutch athletes is known following qualification.

“We are looking forward to a busy and challenging time in Rio – and wish the Dutch athletes success in their events,” concludes van Winsen.