Guest Comment: How Seven is realising the value in live streaming tennis 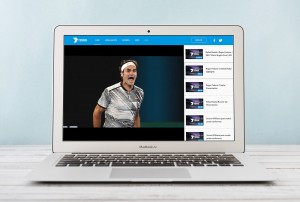 The eyes of the sporting world will soon be fixed on SW19 for a fortnight of some of the most intense sporting action on TV, writes Paul Davies, communications and marketing, Yospace. Wimbledon is one of the most prestigious events available for a broadcaster, and none more so than for the BBC, which holds a unique relationship with the tournament that marks its 90th year in 2017. For the majority of the 50+ other rights’ holders worldwide, there is a need to maximise the revenue opportunity.

One such provider is Seven West Media, who was also host broadcaster of the Australian Open at the start of the season. That project offered a great example of what major rights holders are doing at the cutting edge of sports broadcasting, and how new opportunities in the online world are being realised. During the tournament Seven ran 16 live channels on its 7Tennis platform, one for each court. Every stream was monetised using Yospace’s server-side dynamic ad insertion (DAI) platform.

There are several reasons why DAI has become the de facto monetisation technique for live streaming, one of the primary reasons being the quality of the user experience. Ad stitching is performed on the server-side, with all new ad copy transcoded to exactly match the adaptive bit-rate profile of the source stream. The resulting user experience is akin to watching the television – there is none of the buffering or clunkiness that has previously been associated with online video advertising.

In most server-side DAI cases, the timing of ad breaks are triggered by the same cues that inform the TV feed, which ensure frame-accurate stitching in the online stream.  However, for a major tennis tournament the process is slightly different. Across most of Seven’s 16 live channels at the AO, which were available online only, ad breaks were triggered by an editorial decision based on the state of play rather than a pre-planned schedule. 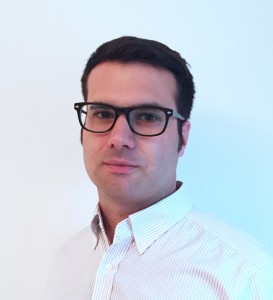 The DAI infrastructure has to respond to these decisions within a fraction of a second, making a call to the ad server on behalf of each viewer and manipulating the stream manifest accordingly.  This is no easy task, especially with a final as gripping as this year, when a surprising resurgence from two all-time greats in Federer and Nadal captured the imagination of the world. In this high stakes environment it was proved that dynamic ad insertion technology has really come of age.

Seven reported that there was absolutely no backlash from viewers on social networks during the Australian Open. That’s pretty unheard in online advertising, which has always had a poor reputation for user experience. This is great news for broadcasters, who benefit not only from the ability to advertise in live streams for the first time, but are also able to apply the latest programmatic and addressable advertising techniques that are available in a digital environment.

Targeted advertising opens up a huge revenue opportunity for the broadcaster. Seven was able to curate advertising according to data such as user location and device / platform during the AO to provide a more relevant viewing experience. DAI also allows cross-platform ad tracking, which Seven could use to reduce the ad fatigue that comes with seeing the same ad multiple times. This was reflected in view-through rates of ad breaks, which were “quite a bit above average industry figures,” according to Jahn Erdogan, Ad Tech Specialist at Seven West Media.

Real-time telemetry data could also be fed back to the broadcaster, enabling it to place advertising based on which tennis match was attracting the most viewers, which helped Seven to open up 45% more inventory than it had planned. The combination of addressability and excellent user experience, plus the association with one of the world’s biggest sporting events, meant the value of that inventory was at a premium rate, much higher than the usual VOD advertising.

With the tennis world’s most prestigious event fast approaching, online television platforms are set to provide fans with more access to the courts than ever before. For broadcasters, the ability to apply addressable advertising to every match in a fan-friendly way means they are not only able to capitalise on those valuable sporting rights, but they are well-placed to hold on to them for the foreseeable future.

2017 promises to be a vintage year for television’s longest running tennis tournament, and server-side dynamic ad insertion is ensuring the relationship will continue long into the 21st century.