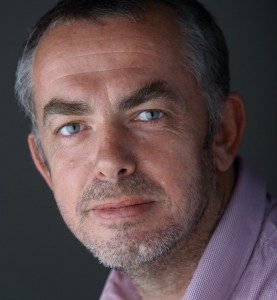 Malcolm Robinson has taken on the role of director of operations at Videlio Media.

In the case of Hampshire-based Broadcast Networks, the firm is now 100% owned by Videlio – the French-based group previously having held a 30% share. Broadcast Networks principals Tom Haye and Malcolm Robinson will continue to work as part of the new structure, with the latter assuming the role of director of operations at Videlio Media.

“Whilst we have been working with Videlio for a long time, the different companies were originally operating almost as standalones,” said Robinson on Videlio’s IBC stand. “There was dialogue between us, but now there is much more of it and greater cooperation between the teams. We are merging our experiences and abilities, and that will benefit everybody.”

Robinson expects to be based principally in the UK and France, but will also visit Videlio’s burgeoning roster of international locations, which include offices in Amsterdam, Algeria and Dubai.

Heading up Videlio Media is Vincent Loré, the former head of Sony Europe  Broadcast & Professional System and Services departments, who notes that the combined group is “aiming to become a long-term partner for our customers and is committed to bring value in terms of quality of service, innovations, level of engagement and understanding. We will deliver on-time and within budget a reliable and scalable solution that can be easily extended for increased transfer capacity and functionality, including new workflows under IP technology.”

Alongside the move towards IP-based operation, Loré also highlights the sense of momentum at IBC2015 around 4K and “hopes that will help to kickstart the market, and that we will see more broadcasters going ahead [with 4K-geared facilities].”

Ever at the cutting edge, Videlio also used IBC2015 to highlight the development of a new production unit concept in conjunction with AMP Visual TV. Possessing the capacity of two substantial OB vehicles, the unit will be oriented towards major sports events, live music productions, festivals and more. Dubbed Millennium Signature 12, the vehicle features an operational surface area of 76sqm, with a volume of 165sqm – thereby offering space for substantial production facilities and a sizeable VIP area. There are 40 configurable multipurpose workplaces, two separate shading and monitoring rooms, two separate video control rooms, and a 15sqm production & VIP space, among other facilities.

“It is a very exciting project and we expect it to enter service during 2016,” says Loré.