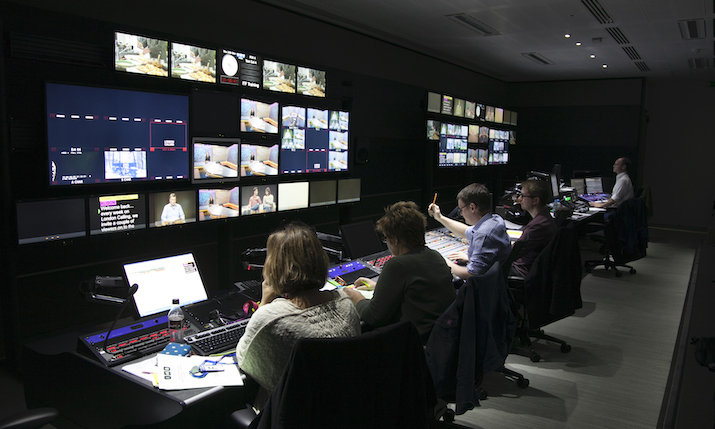 SDI is one of those technologies that is so well established and ubiquitous it can almost be taken for granted. It has been a mainstay of broadcast technical infrastructures for so long that people could be forgiven for thinking it will always be there. But, as with many other formats before it, SDI has reached a point where its dominance has been challenged in a technology market experiencing significant changes that call for more effective solutions. Enter IP.

IP has long been held up as the successor to SDI, but it is only in recent years that the younger technology has begun proving itself as the way ahead. However, the transition from SDI to IP-based infrastructures has not been a seamless one, and people are still talking about SDI, despite the number of new studios and OB trucks that are now being built with IP foundations.

For IMG Media, the largest independent sports production company in the world, a balance between the two approaches has been found with the creation of a hybrid SDI/IP infrastructure. When IMG’s Stockley Park in London was designed and built, the team made use of the beginnings of future IP technology, but it was niche and not part of the main broadcast infrastructure, so they kept many of their SDI routers in place. Stockley Park uses three SDI routers with a capacity of 3000 in and 3000 out, for its studios and nine live galleries; a 10th one is in progress and will be the first IP gallery. The facility also hosts 80 editing suites and four dubbing suites.

IMG’s major step into IP was achieved in a very short time span, though not before spending several months carefully considering the options. “We probably spent about eight months examining our options and offerings from manufacturers, seeing demonstrations and developing proofs of concept,” said Alan Bright, director of engineering at IMG Media. “It wasn’t until ST-2110 came along that we could see how IP could integrate into our existing audio and video workflows. After careful consideration, we decided that IP could offer us some significant advantages, the main one being the capacity it could offer and the ability to handle future formats.”

Unfortunately, IP isn’t something that you can just ‘bolt-on’ to the side of existing equipment. There are many challenges and a whole set of business drivers involved in the process. Bright explained: “The impact IP has across the entire industry has to be taken into consideration. Expanding the IP system takes a lot more thought and care. Timing and backup needs to be factored in.” 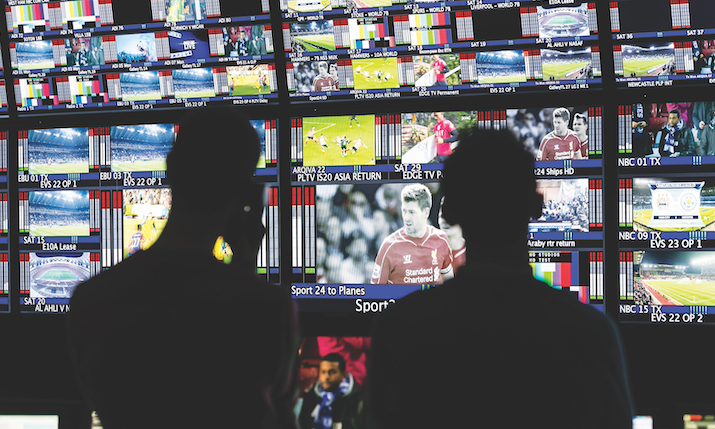 In addition to the challenge of making this massive change while remaining on air, Bright also had to consider capacity. “We knew that we had to install the driver within a very tight time frame because our capacity was going to be exceeded in August 2019 with new work coming in.”

As if this wasn’t enough to contend with for IMG, what happens when you throw a global pandemic into the mix? Bright was given the green light to move ahead with IMG’s first all-IP gallery when the first wave of the pandemic struck in March 2020. As a result, remote production in sports broadcasts has absolutely ballooned in terms of demand.

“Towards the end of 2020, we have found that virtually every element of sports production is remotely produced, or at least has remote production elements, so we are now putting more emphasis into the live remote galleries and the capacity they can hold,” added Bright. “While this would have been possible using an SDI infrastructure, it wouldn’t have been future proof. We are quickly approaching a requirement for 5000 in and 5000 out router capacity, which is reaching the limit of what you can realistically achieve with SDI. I hesitate to say it’s easier in IP, but there is a clear roadmap.”

Although the transition towards IP has been an uphill challenge for broadcasters around the world, this isn’t the first time the industry has had to endure such an adjustment. The first challenge for SDI was the move from HD to UHD. It could be argued that SDI has answered that with 12G-SDI single link, but as bandwidths go up and we start looking at higher framerate production, IP-based facilities will have the capacity to tackle that with ease.

“I’m not seeing the death warrant for SDI anytime soon, as there are still situations where SDI outperforms IP,” explained Bright. “With a hybrid approach, what we have right now works for us, and it gives us a route to the future.”