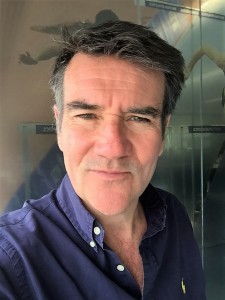 Working with The Board of Control for Cricket in India (BCCI), IMG helped create and implement the commercial model and match delivery for the Indian Premier League (IPL). That was in 2007/8, and the arrangement for the Twenty20 format has proved to be one of the most financially successful sports concepts in the world.

The 2016 season of the Indian Premier League, abbreviated as IPL 9 or Vivo IPL 2016, will be the ninth season of the tournament. This year the games will be played between 9 April and 29 May.

“We have managed or facilitated the production of every match for the IPL,” states Simon Wheeler, IMG’s executive producer and senior match director. “Our turnkey services offer our clients a complete range of event options, from grounds staffing to complete match production.”

So, what does this involve on a day-to-day basis for Wheeler? “Liaising with the client in pre-production and during the production itself. Working with the other three production teams to ensure that coverage is universally consistent and in keeping with the shooting and content guidelines. The production process is complex and requires experience and knowledge of not only cricket, but the regions and locations in which the events are held.”

Wheeler continues, “Our biggest challenge revolves around the schedules for the matches. These are very often not announced until quite late in the day due to local and national elections. India is such a vast democracy that regional and national elections often take place annually. Security around the elections is paramount and an IPL match in a city where those elections take place is not permitted as this will stretch local security resources too far. Election dates do not need to be announced until 45 days from the vote itself, hence the late notice of the match schedule.”

All of that means that with the management of four crews and nine flyaway kits, and with games being played in up to 13 cities across the country, the logistical problems are immense.

Alongside those administrative roles, Wheeler is responsible for directing one unit up to and including the playoffs and final. “IMG acts as the production company creating the host coverage for the IPL while working closely with our client — the BCCI. The facilities we use for this contract are outsourced to flyaway broadcast facilities providers.” Wheeler explains that Zoom, SpiderCam and GlobeCast will be the prime suppliers for 2016.

Editorially the action is covered ‘double ended’ incorporating two wicket to wicket cameras, two ‘ball follow’ cameras, two midwicket cameras with four close up cameras for personality shots. In addition, two more cameras cover ‘tight’ ball follow for ‘spin vision’ in super slow motion. Further, four locked off unmanned cameras are trained on the creases to cover run out decisions — for both viewers and the third umpire, while another two cameras are locked off on the wicket for the lbw calls. Two further cameras are in the stumps, two radio wireless cameras are deployed for all the action in the stands, and two high motion cameras for ultra-slow motion replays of action and fans. Umpires each wear body cameras for close-to-action replay coverage.

Finally, there is a SpiderCam and two further unmanned cameras. One of these locked off cameras, with specialist wide arena lens, is used for a high wide beauty shot, while the other is a remotely moveable commentator camera. All cameras are recorded for replay with an EVS network of nine 6 channel XTs formatted Apple Pro-Res 4:2:2 @120mbps.

Wheeler continues, “The IPL graphics package is incorporated into the coverage as part of the seamless broadcast. They incorporate over 300 statistics presented in different graphic form – from full frame scorecards to lower third statistics to player profiles, which all include photo images. A new refreshed design is being introduced in 2016.”

“Again, with such a major operation, a significant part of IMG’s role in the IPL is to work closely with all suppliers in managing the resources and technical equipment.”

The world feed offers both English and Hindi commentary simultaneously produced from each venue. Last year, 27 commentators from nine different nations were used across the whole production of the 60 matches.For the 2015 competition, the domestic and international takers of the world feed included Sony Max and Six for the Indian Sub-Continent, OSN Cricket in the Middle East and North Africa, SuperSport for South and Sub-Saharan Africa, Sky Sports providing coverage in the UK and Europe, ESPN in the USA, Now TV (PCCW) in Hong Kong, StarHub and Singtel serving Singapore and in the Caribbean, IMC SportsMax.

“The world feed carries full match graphics including live statistics and historical data. In addition, augmented reality graphics were used in conjunction with Spidercam for the Final in 2015. The system allows graphics to be presented on the field of play in a three-dimensional space.”

Alongside actual match coverage, the programmes are presented with in-vision elements such as live coin toss, flash interviews and post-match presentations.

“In game highlights are produced on EVS and are offered throughout the world feed,” states Wheeler. “These packages are voiced by commentators in “reportage” style. For the long form highlights, the licensees make their own highlights programmes from the world feed.”

In addition to the ‘traditional’ coverage, the IPL offers a whole host of online offerings. “This is separate from our responsibilities,” explains Wheeler. “However, we do supply content — such as interviews and highlights packages — for use on the platforms.” Online coverage in India itself is carried by HotStar, while www.cricketgateway.com provides coverage for the rest of the world, except for the UK, Europe, Africa and the USA.

As Wheeler points out, there is no doubt that the IPL tournament model has been a game changer for the sport of cricket. “At its inception the concept of franchise city based cricket owned by high profile personalities from film stars to business moguls was considered by many as unlikely to succeed. The reverse has been the case with the IPL model spurning many franchise cricket leagues across the globe. From Australia’s Big Bash, to the Caribbean Premier League generating rights fees previously unheard of in cricket.”

He concludes, “The popularity of the tournament continues to thrive in India and the sub-continent and globally international broadcasters are competing hard for the rights. The Indian Premier League has been and continues to be the gold standard for a T20 cricket league in the world.”