In the centre of the Rai in Amsterdam, SVG Europe’s Women in Sports Media Initiative IBC networking event, held on 15 September, was packed within moments of the doors being opened. Altogether over 80 people from within the industry attended the evening, coming from as far afield as the UK, France, Switzerland, Spain, Italy, Luxembourg, Poland, Norway, Australia, Canada and the US. 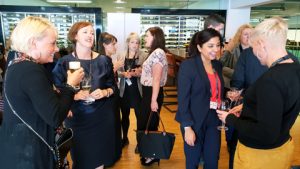 Being held at the most prestigious broadcast event in Europe meant that a plethora of attendees, both female and male, were able to attend and start off their Saturday night exchanging business cards and discussing the issues of the day with the best of the best in sports broadcast. 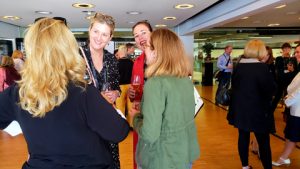 McLean commented: “Bringing women in sports broadcast together is incredibly important to help people develop networks and create an equal playing field for women in this industry, and SVG Europe is proud to provide a platform for that to happen. We also open our doors to the men in this industry who are championing women in the workplace, and who are actively looking to increase diversity; you can’t change the status quo without all voices being heard, and all working together to create that change. We need unity and understanding to make sports broadcast truly inclusive and to provide the opportunities for women that are currently lacking in many places.”

Lise Cosimi, chief of external relations at HBS, said a few words of welcome to the crowd, and stated that she hoped the next generation of women working in sports broadcast, many of whom are flocking to the young and fresh streaming world, will join with the SVG Europe Women in Sports Media Initiative going forward.

The event segued into SVG Europe’s Sports Production Awards Networking Event which went on until 8pm.