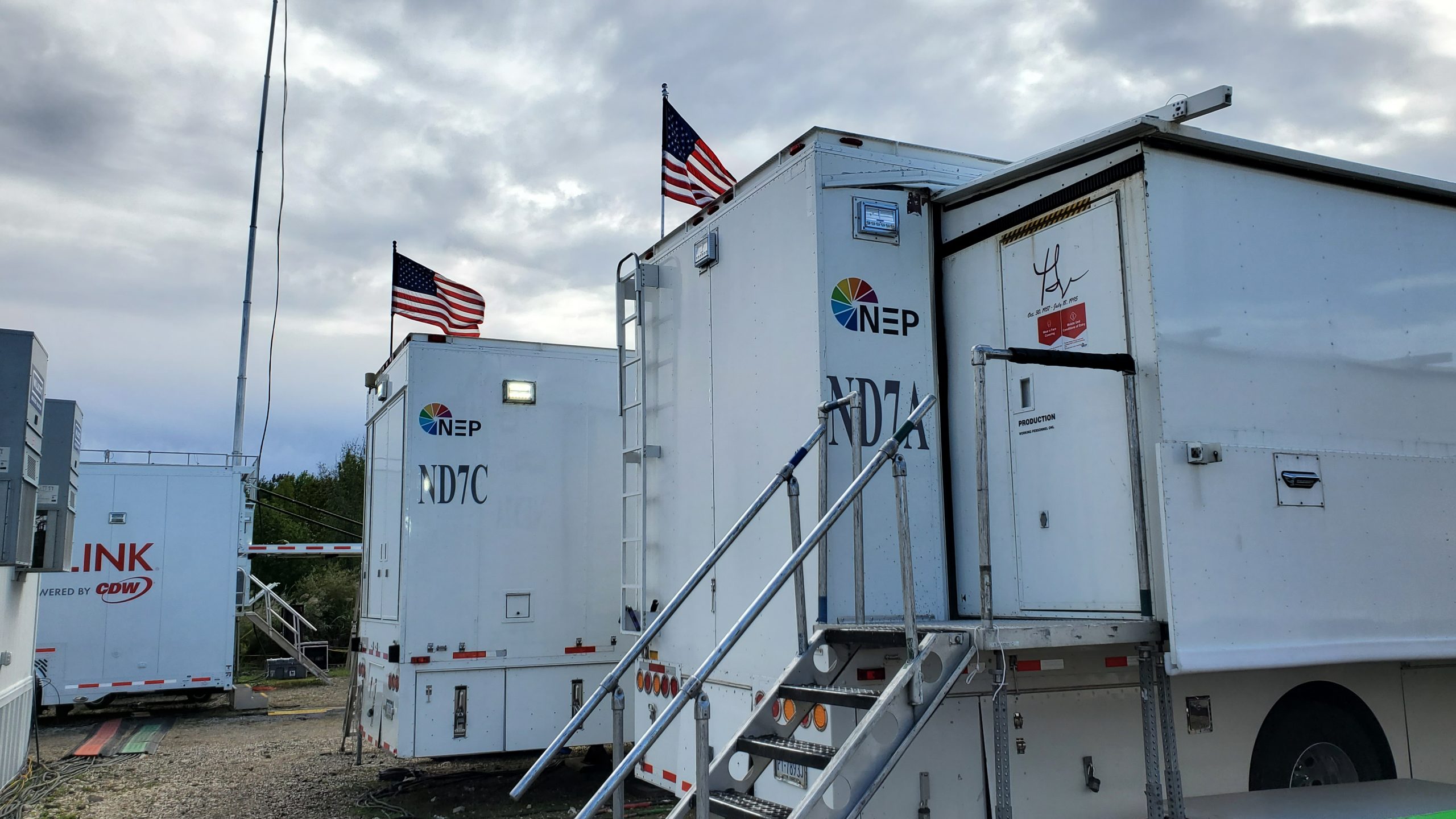 NEP’s ND7 production trucks are home to NBC’s core production of the Ryder Cup this weekend.

The NEP Group is front and centre at the Ryder Cup, with 20 scanners and more than 50 technicians representing not only the core NEP production truck fleet but also BSI, Fletcher, and Bexel. And all of those entities are working hand in hand with NBC Sports, the PGA TOUR, and IMG, European Tour Productions, and CTV who are handling the world feed.

“Our partnership with NBC has been great and the level of detail and professionalism they provide us with technical information and great people to support what has been a smooth show,” says Jason Honkus, NEP Broadcast Services, VP, engineering and operations. “And then the guys at CTV and ETP come over here and every detail is done.”

The Ryder Cup is a complex event for a number of reasons. First, the format is completely different than a traditional tournament with two days of a mix of fourball and foursome team events and then a full slate of singles matches. And then each match can also end prior to the 18th hole meaning that there is not a traditional deployment of production resources. And, finally, the USA vs. Europe competition gives NBC and Sky Sports a chance to really focus on covering the US and European teams. 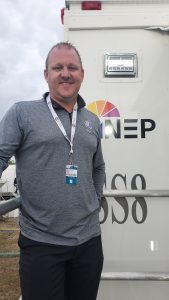 Jason Honkus of NEP says the company has 20 trucks at the Ryder Cup at Whistling Straits this weekend.

“NBC is pretty much doing a unilateral feed and there are a lot of shared cameras between NBC and the world feed, but the world feed still has 18 hard cameras with one at every green and six handheld cameras running around,” says Honkus. “Every green has at least two cameras on it, one for NBC and one for the world feed.”

NBC’s core production efforts are in ND7 while NEP Supershooter 8 and ND5 are on hand in a support role. NEP ND4 is home for the world feed. Bexel is supplying EVS support, fibre support, and comms positions for both NBC and the world feed whilst BSI handles RF systems for NBC, Sky, and the world feed and Fletcher is providing robotics.

The one-year delay required some of the plans to be revisited (primarily due to the inability for production personnel from outside the U.S. to enter the country) but Honkus says the pre-planning was spot on, leading to a set-up process that he says has been one of the quietest for a large event that he has seen in a long time.

“Over the years everyone has gotten to know each other’s strengths across divisions and know their specialities are and how to adapt with each other and the elite set of skills NEP brings to the table,” says Honkus. “And now we’re doing a lot of cross-pollination with BSI guys helping out NEP and the same with Fletcher and Bexel. Being able to combine them in a compound like this is why it’s been so smooth because we’re taking the best of the best.”