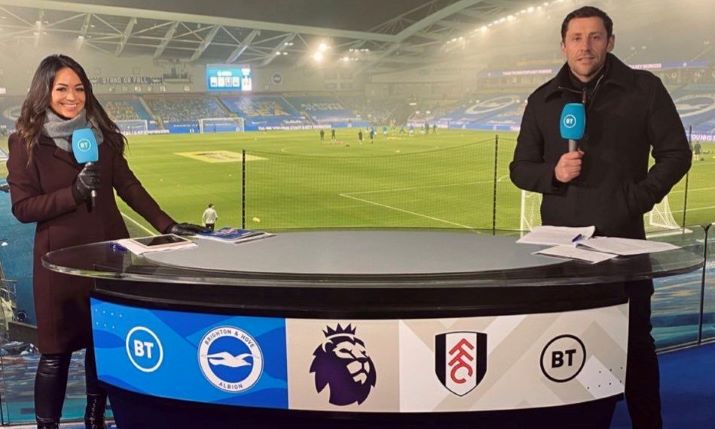 At the recent Premier League match between Brighton & Hove Albion and Fulham, women led the key production roles for BT Sport in an example of diversity and inclusion making solid inroads into sports broadcasting.

This momentous occurrence was coincidental rather than planned and stands as proof that the broadcaster has pushed its inclusion and diversity directive in the right direction. 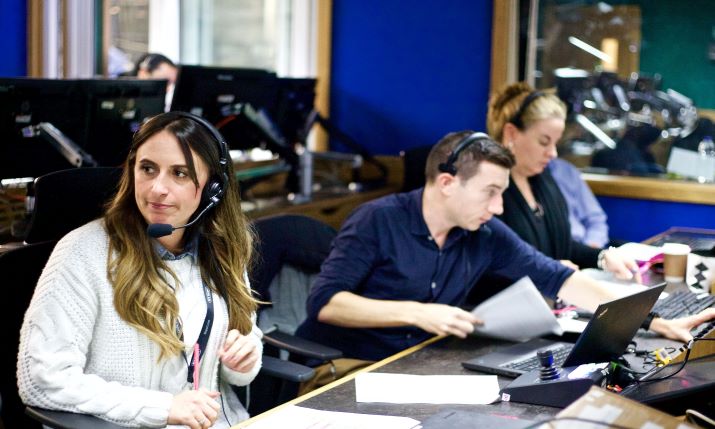 Organic growth of women in sport

Says Knight: “That’s the most exciting thing for me; that it wasn’t on purpose. Organically we have enough talent for this to happen by accident, which is great.”

She continues: “I’d seen the call sheet beforehand and read through it all. Certain names you have to think about because they lead into your job, but other names you don’t pay enough attention to until you get on site. [On the day] I got into the OB and thought, ‘hang on a minute, this is female-led!’.”

“Seeing these female crews is a step in the right direction. We do need to do more, we’re learning how to do more and we’re conscious of what we’re doing”

“It’s probably the most female-led [event] I’ve ever worked on and it’s why it excited me,” she comments. “We’ve now got a pool of talent on screen and off screen for that to happen by accident.”

However, Knight adds: “We don’t have the full complement of women that I think anyone would like at the minute across all broadcast roles. We’re still nurturing people through and trying to encourage women to like the technical roles or the sports roles that we’re trying to fill.

“But I definitely feel that when you look at the crew sheet, it’s a step in the right direction and it made me feel warm inside, which is nice.” 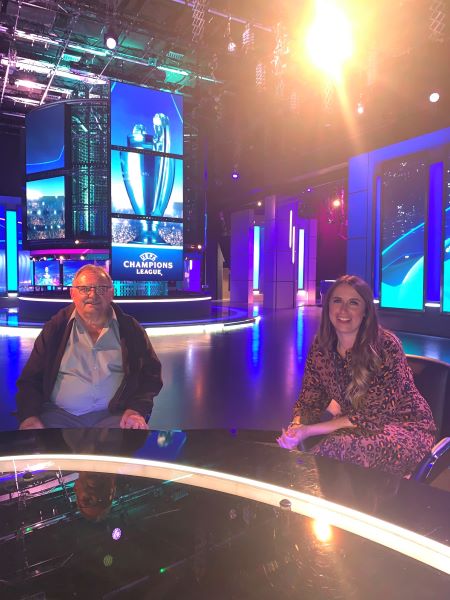 Gemma Knight, director, in Studio 1 at BT Sport with her proud dad

A growing pool of female talent

Proving the point that BT Sport has a growing pool of female talent available, Knight worked on the Fulham FC versus Leicester FC match on Wednesday 3 February, which also had a strong female crew line up, including different names from the Brighton & Hove Albion FC versus Fulham FC game.

She notes: “Again it was a similar number of female roles in and around the OB, which is really exciting. Lucy Ward on co-comms did a fantastic job. She’s been really well received. She’s become a regular on our Women’s Super League (WSL) matches but she’s got such a fantastic knowledge and she’s so good at her job that she’s now being pulled into the men’s game, doing some commentary on the men’s football for us. I was directing, we had a female press director, Kylie Jenner, and also a female producer; we don’t have many female producers and that seems to be something in sport that’s very thin on the ground, as are directors, but more so in football.

“So it’s not a one-off; it’s just so nice on those call sheets to see female names popping up everywhere.”

These two female-led matches are indicative of BT Sport’s push to increase gender representation overall, Knight states: “Across the board, at BT Sport we’re very conscious about diversity and inclusion.”

BT Sport is running courses internally to help bring a more diverse and inclusive generation of people into sports broadcasting. Techniques include reverse mentoring, where senior staff are ‘mentored’ by more junior people from different ethnicities, genders and socio-economic backgrounds in order to educate and bond the team. 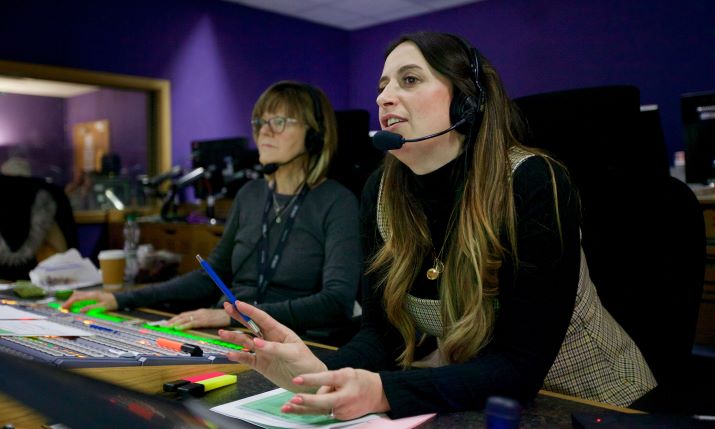 “We’re doing diversity and inclusion courses at the moment with conversation-led training on just being more aware of diversity and inclusion within the team and how we can make positive changes, how we action our wants and needs, how we bring through a new generation of more diverse people,” says Knight. “Listening to people in those conversations [shows that] it’s something that everyone in the company is passionate about and wants to do more of.”

She goes on: “People are much more self-aware now; they’re much more aware of their ignorances and not understanding how it is for other people, so anything that can make you realise and understand how somebody’s life is different to yours and being more understanding of that is only going to shape a better future. You’d hope that at some point in the foreseeable future we would have a much more diverse and inclusive place of work everywhere, but especially in sport and especially at BT Sport.”

Knight concludes: “Seeing these female crews is a step in the right direction. We do need to do more, we’re learning how to do more and we’re conscious of what we’re doing.”