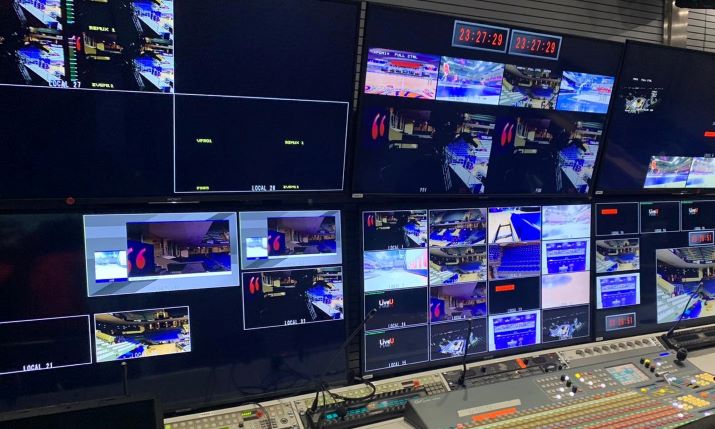 Mediapro once again took on the role of host broadcaster at three EuroBasket venues and delivered the entire production of the AmeriCup for FIBA, the International Basketball Federation.

The Federation called on the group to produce the two international tournaments recently, with group company Medialuso in charge of simultaneously producing the two sporting events held in three different countries.

The group produced the games for EuroBasket, the top-tier tournament for European men’s national teams which was held between 1 to 18 September in the German cities of Cologne and Berlin and in Georgia’s capital, Tbilisi.

The group deployed three OB units for the production, with up to 25 HD cameras (final stage in Berlin) at each of the venues, in addition to using a multitude of special cameras (4Sky, ultra slow motion cameras, Jimmy Jib Cranes, Pole Cams and robotic cameras), adding a DSNG unit to the tech specs to deliver the signal for the games played in these cities to the client.

Simultaneously, Mediapro was also commissioned as host broadcaster of the AmeriCup, the FIBA basketball tournament that pits the national teams of South America, Central America and North America against each other, held this year in the Brazilian city of Recife between 2 to 11 September.

The group was commissioned to handle the production, provide technical crews and deliver the signal for the 26 games played, involving a team of over 60 broadcast professionals working on the tournament using a total of 13 HD cameras as well as several special cameras, including Gimbal with CinemaStyle RF, a crane cam, several slow motion cams and robotic backboard cameras to offer a subjective perspective of the hoop.