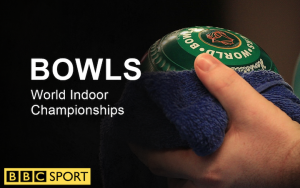 Established in 2000, MOOV continues to be a prominent and influential force in the provision of sports and events graphics services to UK and international broadcasters such as BBC, BT Sport, ITV and Channel 4. As 2017 drew to a close co-founder and managing director Duncan Foot revealed details of multiple forthcoming sports-related projects, indicating that another hectic 12 months are in prospect for the Olympic Park, London-based company.

Among the sports projects referred to by Foot are the Dubai Marathon, taking place on January 26, during which MOOV will provide world feed timing and presentation graphics for Lagardère Sports, working alongside Mika Timing. Also taking place later this month are the World Indoor Bowls Championships in Hopton-on-Sea, UK – during which MOOV will provide graphics and analysis tools for both Sunset+Vine and BBC Sport – and the PSA J.P. Morgan Tournament of Champions squash event at Grand Central Terminal in New York.

Most imminently of all, MOOV will be on site with FilmNova to provide the studio graphics package for BBC Sport’s coverage of the Great Edinburgh Cross Country race, which is taking place this Saturday (13 January). With teams representing the USA, Great Britain & Northern Ireland and Europe, the event will see leading athletes running up to 8km across challenging (ie. frequently wet and muddy!) terrain.

With this busy schedule in view, SVG Europe caught up with Duncan Foot to discuss specific event challenges as well as the likely impact of current technological changes, not least the implementation of UHD and HDR…

It sounds like you have a very busy January in prospect. Is this more or less busy than is usual for January, and to what do you attribute the change?

It’s a regular January for us with quite a broad range of projects, many of which we have worked on for several years now. In addition to the projects [listed above] we continue to cover ITV Racing each week (which included the New Year’s Day meeting at Cheltenham) and also the racing in Dubai. [We also] and a raft of OBs and studio projects for BT Sport.

Which of the January projects is set to be the most challenging technically, and why?

The squash in New York is the most technically challenging, firstly because we undertake the entire world feed production and secondly because of the unique location. Our team will rig all the cameras and audio equipment in the iconic Vanderbilt Room in Grand Central Station, where a temporary glass squash court is erected directly alongside all the city commuters heading towards their platforms. All the equipment is shipped to the venue from the UK and then onwards to Chicago for the next event.

In what primary ways do you expect sports graphics to evolve during 2018?

UHD and HDR will continue its growth this year, and it is now the case that we will build all our projects in 4K by default to future-proof them. We expect there to be more low-cost variants of AR and tracking systems, making it much more affordable to add what used to be high-end tools to many more productions in the future.

What can you tell me of general plans for the further development of MOOV in Europe?

We do have some very exciting partnerships in the pipeline for the first quarter of 2018, although I’m not at liberty to discuss them just yet…

Finally, can you give me a few hints about what is coming up in terms of specific projects beyond those already revealed?

Along with BT Sport we will continue to develop our VR360 products, delivering graphics inside the VR streams direct to headsets on numerous sports in the coming year. Also this year we are rebranding the graphics for the Wimbledon Championships for WBS (Wimbledon Broadcasting Services) in their first year of managing the entire court productions.