Live from Munich 2022: Wireless connectivity at the European Championships 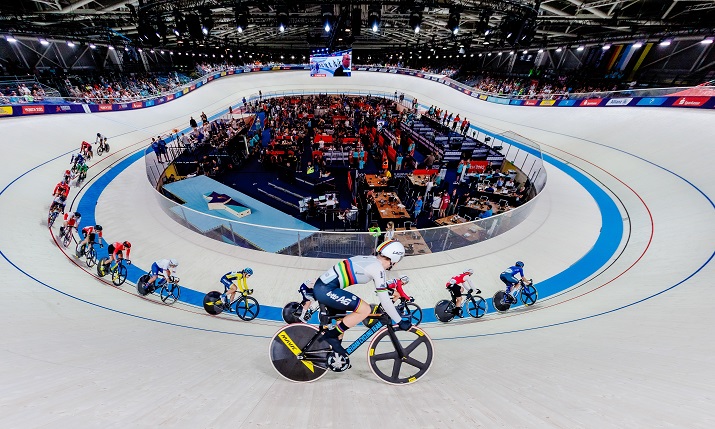 The track cycling events at Munich 2022 took place on a temporary circuit built in one of the cavernous halls of the Messe München, the exhibition centre a few miles to the east of the Olympiapark where many of the European Championships events took place and broadcasters were based.

Track cycling was one of the nine events at the 2022 European Championships, which brought together the existing championships of some of the continent’s leading sports. EMG provided production facilities in support of the LOC’s (local organising committee) host broadcast plans, which included more than 400 hours of live production over the course of the 11-day event.

At the conclusion of the Championships on Sunday, host country Germany topped the medal table with 26 gold medals – one of which was won during the men’s Madison, the final track cycling event of Munich 2022. 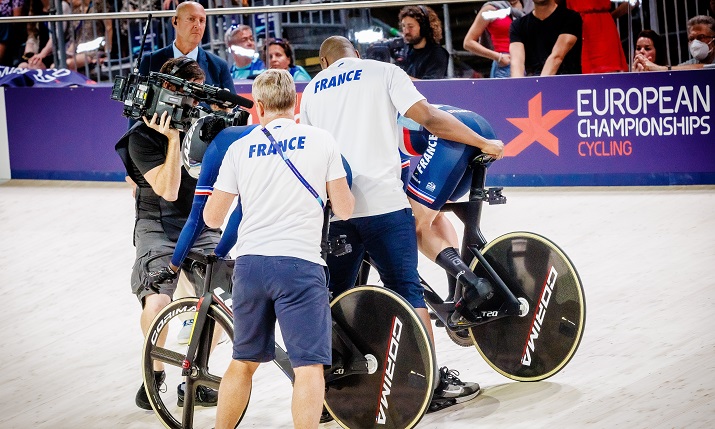 Broadcast RF, which was at the games with a team of 12, spoke with SVG Europe during the men’s Madison about its role in providing wireless camera technology for the coverage of the track cycling. Along with Broadcast RF, EMG worked on the Championships with its other connectivity companies: Eurolinx and the RF team of EMG France.

EMG subsidiary Broadcast RF was responsible for connectivity for coverage of the track cycling, including four handheld Grass Valley LDX 86N cameras. It also provided and fitted rear-facing cameras fixed to the seatposts of some of the cyclists that provided viewers with a rider’s point of view of the race.

During the Madison two of the cameras were fixed to riders bikes from two different teams. Including the mounts, each unit weighs around 220 grammes. To not disadvantage the cyclists equipped with the cameras, during individual events all other bikes are equipped with dummy units while for team events such as the Madison, there is one real – or dummy device – per team. 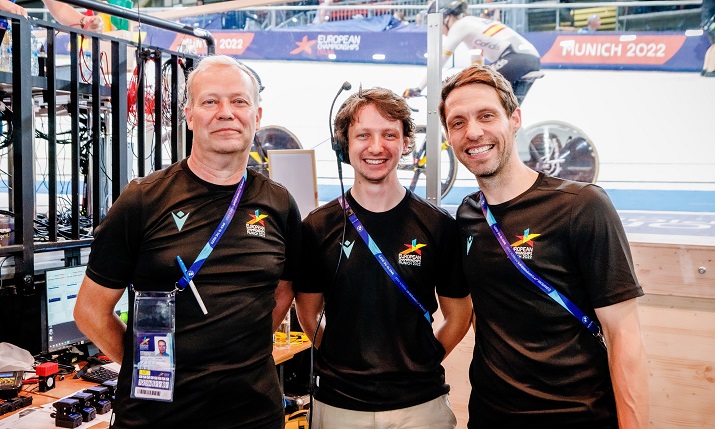 “You can get push back [from teams] and there was some at the beginning of this event, but once it’s made clear to the riders that it’s all done through the UCI (Union Cycliste Internationale, the worldwide governing body for cycling) and that everyone is treated the same, most are very reasonable; we’ve had so many gold medals won while cycling with these they realise that it doesn’t impact them,” said Broadcast RF project engineer Patrick Blackburn.

He explained how the team operated during the Championships: “We have four cameras, two of which can be used at any time. So as one race finishes, we take a camera off that race and move on to the next, so they’re constantly rotating. 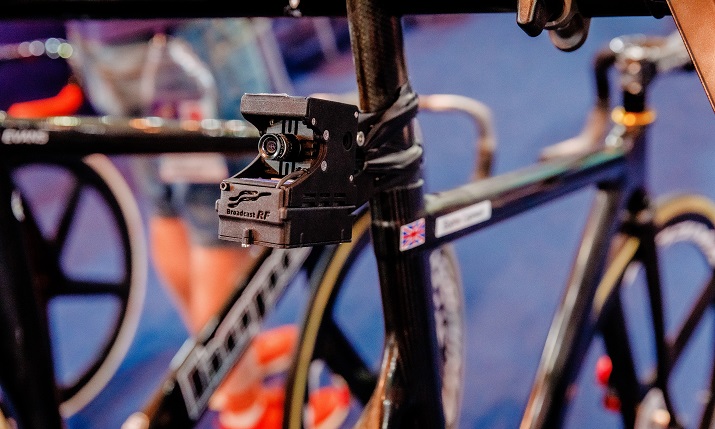 “We used to use a Marshall camera; these are newer, higher quality Dream Chip cameras with a Dragonfly transmitter, all packaged by Broadcast RF.”

The cameras can be remotely operated, and at Munich were run with feeds from the cameras passed through a colour corrector while any racking was done in the OB truck.

Blackburn described the track cycling venue as a “perfect” venue for RF, with plenty of reflective surfaces. However, there were some challenges in providing RF coverage in Munich, as head of international projects and sales Chris Demeulemeester explained during the Championships.

Read more Live from Munich 2022: Inside the European Championships with EMG

“The Broadcast RF team is running around all over Munich with 56 short range short camera systems, and what is unique and I think the first time we have done this, is that we are working entirely in the 7GHz band of spectrum. That is because we are in a city that is dense and oversaturated with 2.5GHz through noise from WiFi, mobile and so on. So we changed the spectrum we work in to 7GHz which means our spectrum is crystal clear because other than the German army, which still uses some of those spaces, only we are authorised to use it.

“The disadvantage is our antenna system; we need to add more antenna receive sites to be sure to make sure that we can walk around in the athletics venue, or in Olympic park or in whatever sports where we need those wireless cameras. Because all the whole concept of this to be efficient, and that was an important aspect to our approach for the LOC; all the wireless cameras can be reusable and can work on any sport. They’re swappable. They’re interchangeable, they can work on any location where we want them to work so we have a hugely flexible solution here.” 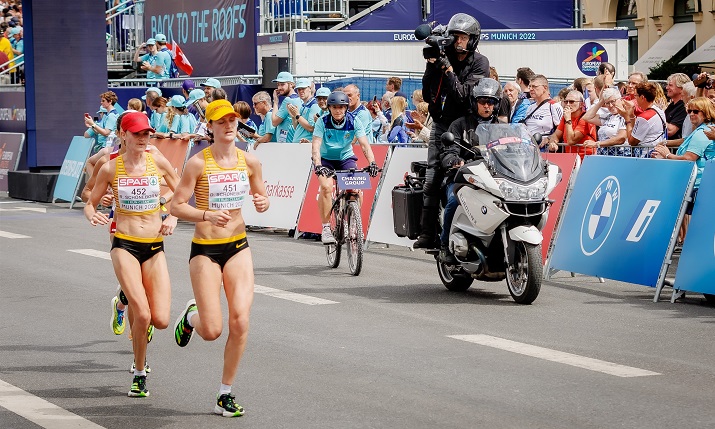