No going back: LiveU outlines why IP distribution will deliver the sports content of the future 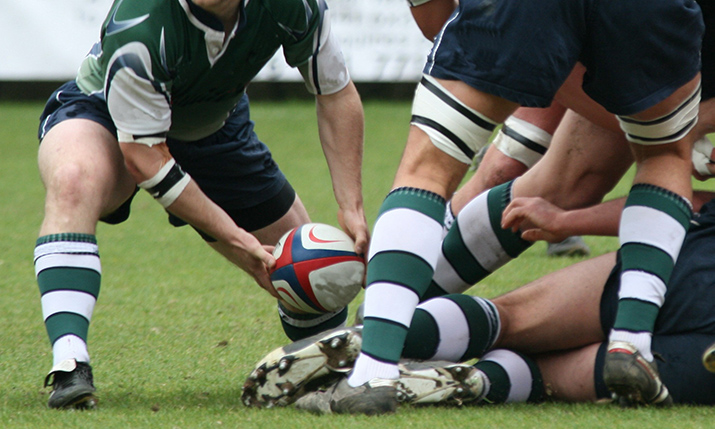 In recent years there has been a growing polarisation across the sports media rights landscape in the US and beyond. As the value of live tier one sports media rights such as the NFL continue to increase, the media rights of so-called second and third tier sports properties have in general become less attractive to traditional broadcasters.

This polarisation presents a growing challenge to those second and third tier sports properties who, in some cases, had already suffered from lower than expected commercial revenues during the pandemic.

On the flip side, as consumption habits change, it becomes increasingly important for sports rights owners to go beyond linear broadcast platforms and distribute content to the preferred platforms and devices of fans. Distributing content to a fragmented digital and social media landscape is critical to winning the battle for a new generation of sports fans.

These and other factors, notably the environmental sustainability and cost savings associated with IP distribution are driving up its adoption. As such, and based on our experiences supporting sports organisations across the world, we see 2023 as the year that IP distribution in sports will come of age and shift from an experimental phase to a state of widespread adoption.

While not without its challenges, the PoC proved that even in remote locations, where local internet networks are not always stable, reliable IP distribution can be achieved. Crucially, the IP distribution workflow created by Eurovision Sport, together with its partners, opened up the possibility to distribute feeds to multiple takers and was achieved with a significantly lower on-site footprint.

As the sports industry increasingly looks to operate in a sustainable manner, the environmental benefits of IP workflows are increasingly being recognised and valued. Distributing content over IP networks via a cloud-based solution requires far fewer people to travel on-site and no satellite trucks.

Volleyball World, a partnership between the international volleyball federation (FIVB) and CVC Capital Partners, opted for a cloud production workflow to increase the live video content they produced around the Beach Volleyball Pro Tour 2022. The cost of delivering this goal via satellite was considered prohibitive. Therefore, Volleyball World wanted to find a different way.

The result was that Volleyball World increased production volumes 10-fold and costs were cut by an estimated six or seven times compared to the cost of distributing the equivalent content via satellite. They also took advantage of the increased flexibility and scalability of the IP distribution workflow to sell media rights to broadcasters up until the day before the event. The workflow also ensured that Volleyball World could, for the first time, track which broadcast partners were accessing the feeds and when they were accessing them.

ENEX, an association of the world’s leading commercial TV broadcasters who share news content and production resources across their membership, provides nearly 40,000 news videos a year and more than 3,500 live sources to its members.

The IP distribution workflow utilised by ENEX provides them with a highly flexible and cost-effective solution for the newsroom, making live content management simple and affordable and ensuring service reliability and availability. ENEX is provided with a fully managed end-to-end service with proactive monitoring and 24/7 support.

Using IP distribution tools enables ENEX to increase the number of live sources that each partner can choose from. They also facilitate the easier manipulation of multiple live signals for distribution, for example, when an event like the US Election happens and broadcasters need feeds from numerous locations across the country to be available all at the same time.

Oranda Singapore recently deployed a hybrid satellite-IP distribution solution to distribute live broadcasts of sports climbing in Korea to viewers across EMEA, the Americas and Asia and they reported that the solution provided 100% reliability of signal distribution.

There do remain some challenges for IP distribution. Specifically, when there is a dependency on potentially unstable local IP networks. However, these challenges can easily be overcome with IP bonding solutions and will become less of a concern as IP network infrastructure continues to evolve around the globe.

While IP distribution can bring benefits at all levels of sports, we at LiveU see it opening up a new world of possibilities particularly for second and third tier sports properties. Irrespective of whether a sports property has a broadcast deal in place or not, more of these sports organisations are experiencing the cost-effectiveness, flexibility and scalability that IP distribution can bring.

As we look ahead to 2023, IP distribution promises to take hold in the sports industry and, as pressures increase to operate in an environmentally sustainable way, its adoption is only going to accelerate in years to come.