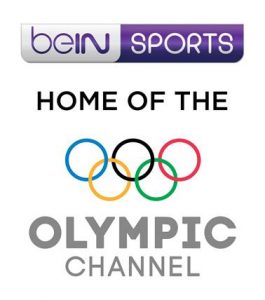 In a move designed to bring fans and viewers closer to the Olympic Movement all year round, the Olympic Channel and beIN MEDIA GROUP have announced a new partnership which begins today (4 September) with programming blocks leading to the launch of a 24/7 linear channel on 1 November across 24 MENA territories.

Under the Olympic Channel brand, the partnership begins with a daily eight-hour programming block on beIN Sports’ free-to-air channel featuring an exclusive preview show today, 4 September, providing viewers with a glimpse of some of the exciting stories they can expect.

For two months, the branded programming hours will feature robust Olympic related content whilst promoting the 24/7 linear channel, which will launch on 1 November 2017 and offer year-round coverage of Olympic sports, athletes and their quest for success, on a subscription basis.

Highlighting the programming on the new co-branded “beIN Sports Home of the Olympic Channel” television network will be live, comprehensive coverage of the upcoming Olympic Winter Games PyeongChang 2018 which amplifies beIN’s rights-holding broadcast agreement with the IOC for the Olympic Games.

“We are excited to collaborate with beIN MEDIA GROUP to deliver the Olympic Channel experience to their audiences throughout this important and growing region, bringing them closer to the Olympic Movement all year round,” said Mark Parkman, general manager of the IOC’s global Olympic Channel. “Our partnership with beIN to create a co-branded linear platform gives us a powerful position in MENA to further engage fans and new audiences with the Olympic Channel brand and the Olympic Games than ever before.”

“beIN is passionate about sports. We are constantly collaborating with our global partners to present sports to our subscribers in high quality. The Olympic Channel debut in MENA beIN network demonstrates that beIN is the only premium destination for sports lovers in the region.” said Yousef Al-Obaidly, Deputy CEO of beIN MEDIA GROUP.

The new partnership complements the Olympic Channel, which launched as a worldwide digital platform following the Closing Ceremony of the Olympic Games Rio 2016. In efforts to expand its offerings, and in partnership with its rights-holding broadcast partners and National Olympic Committees, the Olympic Channel is developing localised versions that offer region- and language-specific user experiences on linear and digital platforms in certain territories.