Ready for Rio: How German viewers will watch the Olympics 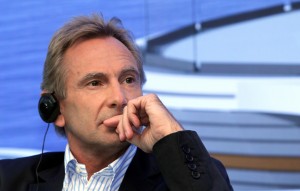 Planning for the Rio Games started for German public service broadcaster Zweites Deutsches Fernsehen (ZDF) immediately following the conclusion of the 2014 Winter Olympics in Sochi. “For such a major event as the Olympics, intense planning is required – especially when we are operating so far away from our base and with the significant time differences,” explains Dieter Gruschwitz, ZDF’s head of sports. “We share the rights to the Games with ARD, and so preparations were made in consultation with our colleagues from that broadcaster. It also means it makes economic sense to share facilities with ARD.”

In fact, ZDF will work alongside ARD in a 2400 sqm space in the International Broadcasting Centre (IBC). This area will include offices, edit suites and technical facilities. “We are building our own studio which will be away from the IBC, and is located just outside the Olympic park,” says Gruschwitz. “We are taking our own outside broadcast vehicle to Brazil and that will be used to control the enhanced coverage of track and field events inside the main stadium. Our own cameras will add to the output from the world feed.”

He continues: “We are also planning to use some remote technical equipment which will be operated from our facilities within the IBC to direct cameras at a number of venues around Brazil. Again, this makes economic sense when the distances involved are often considerable.”

Gruschwitz reveals that ZDF will be using around 140 technical and production personnel in Rio and across Brazil. “This number includes about 90 commentators, presenters, producers and edits who will be based in Rio. We do not anticipate using any local technical personnel or equipment, but rather will be taking our own experienced staff from Germany and use kit with which they are familiar.”

EVS XT3 servers along with IPDirector are being used for ingest, while the German broadcasters have chosen Vizrt for graphics production as part of their high-definition workflow integrated production.

In order to collect interviews and colour material to be inserted into the main output, ZDF will utilise seven ENG crews around the country. Editing will be carried out in the IBC using Avid Media Composer systems. Both ZDF and ARD are using the Avid MediaCentral platform for content distribution.

Gruschwitz says that the German broadcasters have no plans to take in 4K output.

He concludes: “Our biggest challenge is having two major events within weeks of each other. Euro 2016 has just finished in France, and we now have to move much of that same equipment and personnel across to South America. It is a logistical challenge – but our plans are well laid and we do not anticipate any difficulties.”