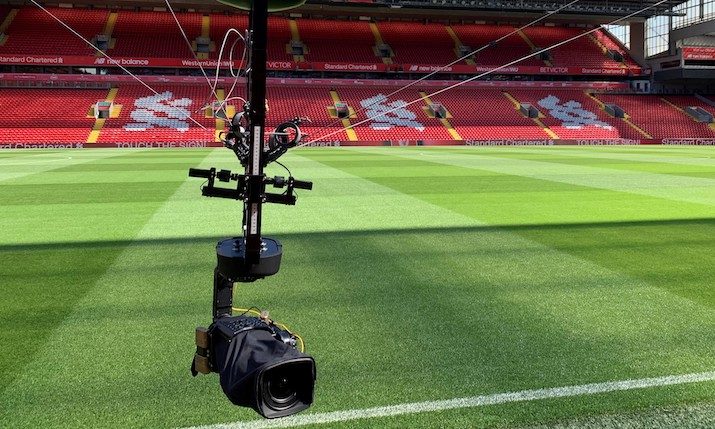 “Ross Video has been a part of many exciting projects involving some of the most iconic and innovative venues across Europe,” says James Ransome, business development manager, sports & live events EMEA, Ross Video. “Principality Stadium in Cardiff completely overhauled their production suite, choosing Ross Video and PMY to drive their LED displays and match day productions.

“Principality Stadium is delivering a best-in-class experience by further engaging fans of the Autumn Nations Rugby, WWE Clash at the Castle and the FIM Speedway GP, just to name a few,” Ransome adds. “In the OB realm, Aret is using Ross Video technology to design several OB trucks around the Ultrix-Acuity and Ultrix-Carbonite across Italy. The Ultrix Platform was perfect for these projects, as they can switch between UHD and HD without losing any IO or power – extremely flexible! These are only a couple of highlights from Europe over the last year.”

“In addition, we have just launched the Ultrix FR12, which accommodates a huge demand for larger hybrid audio and video routing platforms. [As it is] software defined, sports broadcasters can configure their Ultrix based on the demands of the production at hand offering greater flexibility.”

“There is so much more to come for Ross Video,” Ransome adds. “Over the next six months, our customers can expect to see tighter integrations with Spidercam, as well as some very interesting developments in the Ross Production Cloud, specifically with Graphite CPC, our cloud production toolset. Here, we can offer an all-in-one cloud solution including 3D, data-driven, real-time graphics, a clip server, an internal audio mixer and switching. We’re also further enhancing our Hyperconverged platform, Ultrix.

Ransome says Ross anticipates the continued advancement of cloud technologies across live video production workflow as sports broadcasters look to minimise their impact on the environment while maximising their capital and operating expenditure. “Expectations are growing for greater flexibility and you can be sure that Ross Video’s future innovations have this in mind,” he adds.