Scoop: How the EuroHockey Indoor Championships returned to TV screens after a 12-month hiatus 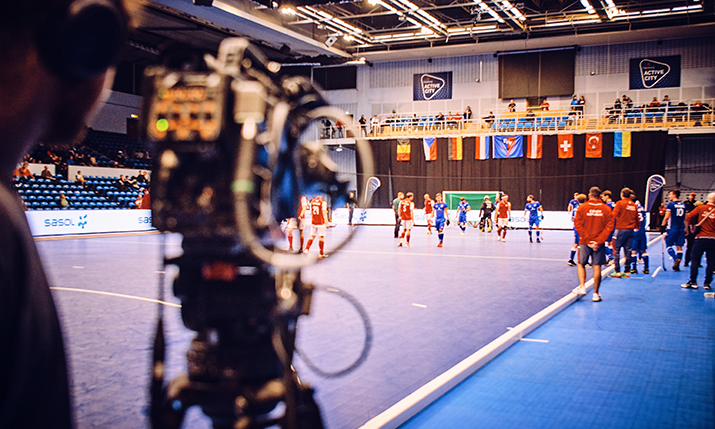 In December 2022, Germany’s women won the EuroHockey Indoor Championship title for the 16th time, while Austria’s men clinched gold with a win over the hosts, Germany, in front of an enraptured crowd.

The tournament, originally scheduled for January of the same year, had been delayed by the COVID pandemic.

While all German fixtures were broadcast on Sport1, the European Hockey Federation (EHF) also streamed all games on eurohockeytv.org with English commentary.

“That audio went through some Waves Audio chains to reduce some noise which proved complicated in this loud venue, and then back into the DiGiCo console and mixed with the atmo.”

VDT has a long-standing relationship with the Deutsche Hockey Agentur (DHA) and had previously supported the Indoor Hockey World Championship in 2018 (Berlin) and 2015 (Leipzig).

“We needed to produce three feeds, so we opted for an ATEM Constellation 8K with the 2M/E advanced panel. And because we had both German and English feeds to cut, we used the last M/E on the production switcher to insert English graphics,” begins Meyer.

Sitting down with the technical director, Tim Dahnke, and Olaf Schirle of the DHA, they outlined a requirement for nine cameras. Relying on eight and 12-strand fibre, a mixed package of cameras from Blackmagic Design, Panasonic and Sony were used.

“I typically use one pair for network, i.e. control, intercom and Dante and the others for bidirectional video,” continues Meyer. “In this case, we had a little rack in the venue where the cameras connected via SDI. Audio via XLR over Dante network.”

All cameras and other sources went through a 72×144 matrix, ensuring they could be routed wherever needed. The eight cameras were split and routed from the matrix to the ATEM and vMix Replay system. 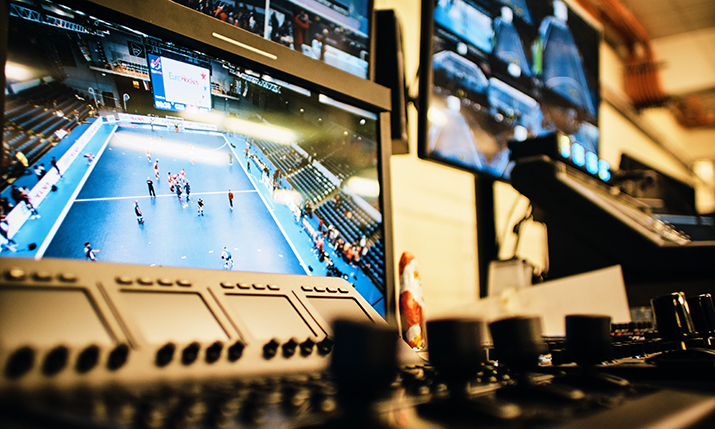 The main production format was 1080p50. That was converted to 1080i50 for Sport1 and 720p50 for the EHF backup stream using an AJA FS4. The audio was also embedded here, whether that was Dante or Madi.

After embedding, it went back to the router and was made available to multiple outputs. Two of those were the Kiloview encoders, which provided the EHF stream and later to the ORF, Austria’s national broadcaster. The main programme recordings relied on a Hyperdeck Studio 4K Pro with additional recording for team analytics employing a Blackmagic H.264 USB recorder.

“The ATEM Constellation offers tremendous flexibility,” says Meyer. “We had it maxed with all four M/Es in use for the different feeds. I also love that it outputs MADI, so we can extract audio directly from the SDIs and use it on the DiGiCo console. The ATEM Constellation is the perfect mixer for larger events. Need an additional output? No problem; the ATEM has got you covered.” 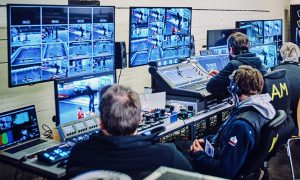 VDT took the audio from 13 atmosphere mics and two commentator positions (German and English) which they mixed on a DiGiCo S21 with Waves Audio plugins.

The production relied on Characterworks for broadcast graphics. From there, they output in 2160p50 and used two Teranex 12G SDI – Quad SDI converters to split the 4K back into four 1080p50 channels (2x Key&Fill).

“We did this to keep it simple for the graphics operator, so they only needed to play one graphic. Inside Characterworks, we then pulled the player data from the official scoring website, so there was no need for the operator to input data manually.”

For the commentators – Nick Irvine and Andy Halliday for the English stream and Christian Blunck for the German broadcast – VDT provided an atmosphere mix and a talkback channel back to the gallery in case they required anything.

“That audio went through some Waves Audio chains to reduce some noise which proved complicated in this loud venue, and then back into the DiGiCo console and mixed with the atmo.”

The final output of the mixes went through a mastering chain inside Waves to have the correct loudness for broadcast (EBU R128) before it was finally broadcast to the larger world.

The men’s and women’s EuroHockey Indoor Championships took place at the Alsterdorfer Sporthalle in Hamburg from 7-11 December 2022. 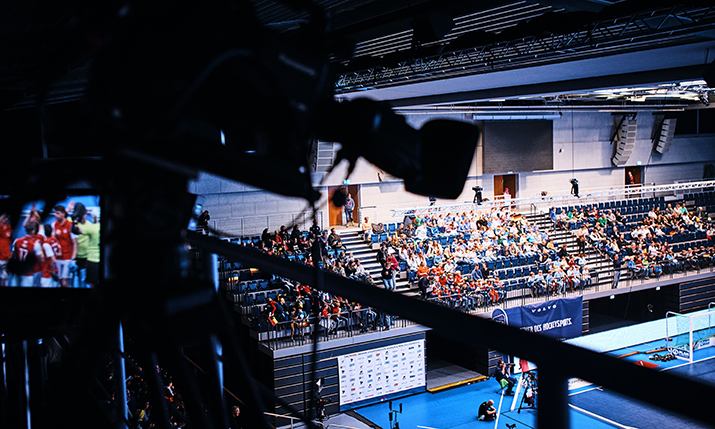