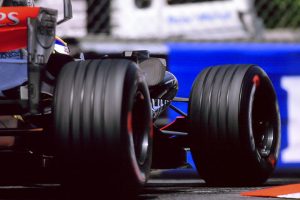 Channel 4 (C4) will broadcast live coverage of the Formula 1 (F1) British Grand Prix in 2019, and highlights of all the other races in the F1 calendar, after agreeing a content swap deal with Sky.

C4 chief executive Alex Mahon said the partnership with Sky would “ensure that the British Grand Prix and highlights of the 2019 Formula 1 Championship remain available on free-to-air television for UK viewers.”

Sky currently holds the rights to show live F1 races live in the UK in a deal lasts until 2024. For the current 2018 season, 10 live races including the British Grand Prix and the final round, plus highlights of all races, are being shown on C4.

The deal announced today consists of the following:

Stephen van Rooyen, the chief executive Officer of Sky in the UK and Ireland, added: “Today’s partnership is the start of a new era of collaboration between Sky, Channel 4 and, we hope, other British broadcasters. Not only will this innovative partnership benefit viewers, watching via Sky or free-to-air, but it will further strengthen the ecosystem of UK broadcasters and British originated content.”