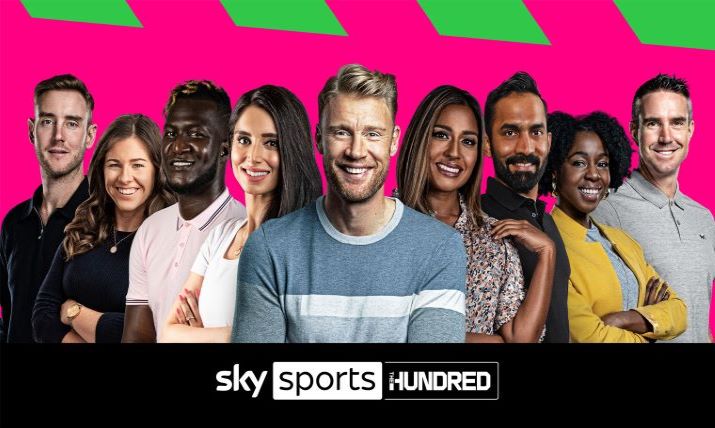 Sky Sports reveals talent line up for The Hundred

Sky Sports is set to offer viewers comprehensive coverage of the brand new The Hundred cricket tournament, with all the action, drama and entertainment coming live from cricket grounds across the UK.

Fans will be able to tune in to all 68 games live on Sky Sports’ dedicated channel Sky Sports The Hundred as well as on Sky Sports Mix. All women’s matches and a significant number of men’s games will be streamed live on the Sky Cricket YouTube channel.

The Hundred, which was postponed from its inaugral season due to the pandemic last year, is an action-packed new 100-ball cricket tournament created by the England and Wales Cricket Board (ECB) and set to kick off on 21 July 2021. By simplifying the format and creating a new never-before-seen type of cricket, The Hundred’s aim is to open up the game to everyone, everywhere, with the combination of world-class sport and entertainment.

Director of Sky Sports cricket Bryan Henderson said: “We are so excited to help launch this fantastic new tournament this summer. It’s going to be an incredible standard of cricket played at some of the best grounds in the world and everyone’s invited.

“Hopefully the competition will inspire many girls and boys to pick up a bat and ball. We’ve put together an amazing line up of presenters and commentators; there’s a completely fresh graphics look and some exciting new broadcast technology. We very much hope you enjoy the coverage.”

With 100 days to go until the launch of The Hundred, Sky Sports has also revealed a star-studded talent line up to complement the existing cricket team.

The Hundred will offer equal prize money for the men’s and women’s tournament and will be the first major UK team sporting competition to launch with a standalone women’s fixture.

Aside from the two opening games, the women’s and men’s teams will play back-to-back on the same day at the same venue with the ambition to elevate women’s cricket through The Hundred.

Cricket was the first sport ever broadcast on Sky Sports back in 1991 and the broadcaster has held the rights to England home cricket since 2006.

Non-Sky subscribers can follow all the action via the Sky Sports app, Sky Sports News and skysports.com.