A few weeks ago SVG Europe initiated a new series of interviews focusing on the forthcoming SMPTE standard ST 2110. One of the most eagerly awaited broadcast standards of recent times, ST 2110 will specify the carriage, synchronisation and description of separate elementary essence streams over IP for the purposes of live production.

Following on from an interview with ST 2110 Document Editor John Mailhot, SVG Europe now speaks with two other prime movers behind the new standard: Matthew Goldman and Howard Lukk. Matthew Goldman is current President of SMPTE as well as Senior Vice President of Technology, TV & Media at Ericsson. At Ericsson, Goldman is focused on video processing and media delivery solutions. He has been actively involved in the development of digital television systems since 1992. Goldman was a prominent participant in the Moving Picture Experts Group (MPEG), where he helped create the MPEG-2 Systems and DSM-CC standards, and he continues to be influential in other industry organisations including the Alliance of IP Media Solutions (AIMS), the Ultra HD Forum, the Digital Video Broadcasting project, the Advanced Television Systems Committee and the Society of Cable Telecommunications Engineers (SCTE).

Meanwhile, Lukk is Director of Engineering and Standards for SMPTE. He is formerly the Vice-President of Production Technology at The Walt Disney Studios, where he was responsible for helping to incorporate new technologies into the studio workflow. Lukk earlier served as Director of Technology for Digital Cinema Initiatives (DCI), where he researched and documented digital cinema system specifications.

As of late May 2017, what is the current status of the ST 2110 documents and when should we anticipate general publication?

LUKK: It is worth highlighting the fact that as an ANSI (American National Standards Institute) accredited organisation, the process [of finalising the standards] really does take the time it takes. Normally we start with a working draft, and once that is complete we go to a ballot stage to see if everyone agrees that it should be taken to the next level, which is a final committee draft. That committee draft generally goes through a voting period and comments are put against that. With SMPTE all comments have to be resolved on a consensus basis. 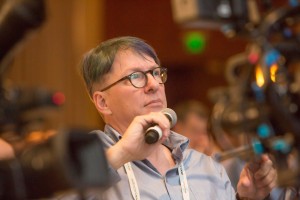 In the case of ST 2110, there are three documents that are now [nearing completion] and are just having the last few comments resolved. We should move to the DP [Draft Publication] and ST [Standard] vote stages soon. Everyone wants to get the [standard out there now] so I would expect that by the end of summer we will be moving towards publication.

The first three documents concern the basic structural framework of the standard, and the essence of the audio portion and the video portion. But there are another four primary documents beyond that – concerning topics such as auxiliary metadata, timecoding and compressed versions of audio and video – that will follow subsequently [and make up the rest of the standards suite].

GOLDMAN: We are getting there! Being a due process standards body can be both a benefit and a  Bane. The benefit is that you have well-defined and -regulated standards that everyone can build to and therefore you have massive interoperability and economies of scale. The downside is that it also means you have to dot all the Is and cross all the Ts, and that can take longer than some people might wish.

Of course, it is worth highlighting the fact that publication is not the end of the story…

GOLDMAN: Absolutely. There is an automatic review after one year of publication to see how adoption is working out in the industry and whether things have changed with real-time usage. Then there is a further review at the five-year mark, so yes, it is very much an ongoing process.

Do you think that the move from SDI to IP is as important as the switch from analogue to digital? 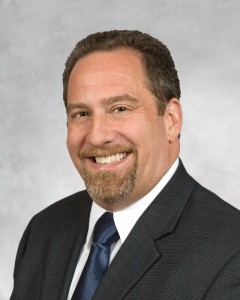 GOLDMAN: I would say that the transition is more akin to the move from physical tape to files. You had different types of tape over the years, but essentially they all did the same thing; you put them into the machine, played them and that was it. The seismic shift from tape to file was that you can do so much more in terms of manipulation and the movement of files. You can use parts of files to build other content, reference them by content and place them within other files, and so on. There are so many other applications that you can do now that manipulate the information in the files, hence to just talk about ‘replacing SDI with IP’ is far too simplistic and doesn’t take advantage of what can be done with the media flows now that they are conveyed as component streams within a rich IT development environment.

Finally, what educational efforts will be taking place in the run-up to, and after, the publication of ST 2110 later this year?

LUKK: Among other initiatives, we will continue with the IP showcase events that we have been collaborating on with other organisations such as AIMS, AES and IABM. At NAB this year we had 43 manufacturers working together and running systems with ST 2110 before the standard is even finished, and that was very successful. Showcases like these really do help to educate broadcasters and end-users, although one of the positive realisations in this instance is that a great many of them are already quite well-tuned into ST 2110 and what it can enable.