Sounding out the cloud: Understanding the misconceptions around cloud and its role in audio 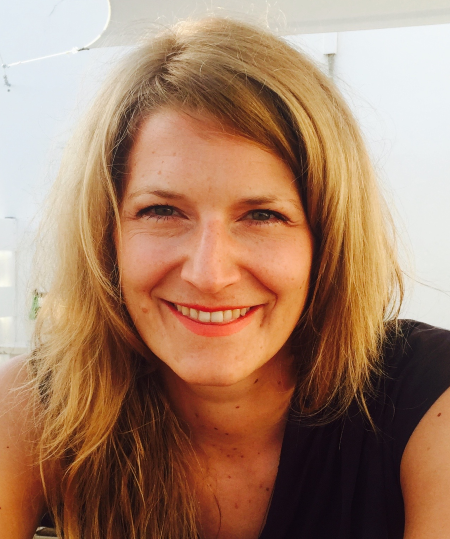 Larissa Görner literally has her head in the cloud as the co-chair of the Media in the Cloud Advisory committee for SMPTE, and senior director of product line management at Grass Valley

The broadcast industry talks about the cloud like it is the next major unexplored frontier, but that is not really accurate. The cloud is definitely on broadcasters’ minds, but it is by no means new. Cloud workflows have been integral to playout for years, and companies have been busy moving media asset management into the cloud for asset logging and editing to encourage collaborative working, wherever people are based.

The benefits are well-established, and cloud services already give broadcasters the ability to do more for less, but it is only scratching the surface of its potential. The real frontier for broadcasters is how to maximise the benefits of the cloud for live broadcasting.

Larissa Görner literally has her head in the cloud. She is co-chair of the Media in the Cloud Advisory committee for SMPTE, and senior director of product line management at Grass Valley. In her work role, she heads up Grass Valley’s AMPP media processing platform, a cloud-native platform which enables broadcasters to run an entire media facility in the cloud. Meanwhile at SMPTE she helps over 30 cross-industry companies negotiate the challenges and myths of what it means to work in the cloud.

There are a few misconceptions surrounding the cloud, including what it actually is. In broadcast, the cloud is an overused phrase that means different things to different people. Is it processing in the cloud, or is it cloud control of on-premise and edge processing?

According to Görner, it is not that simple: “Often just referring to ‘cloud’ is not clear enough,” she says. “The general principal is that there is software, and then there is software that is designed to be cloud native. This means it uses resources that are available only in the cloud which you might not be able to implement on-premise. At scale you cannot run those services on-premise; you need cloud computing because you need a supercomputer to process that much time-sensitive data.

“Cloud-native services like AWS, Azure or Google all offer extremely fast transport; they are designed exactly for this purpose, and on-premise hardware just can’t compete in this pure cloud environment. However, although cloud-processing provides scope for this capacity and scale, it’s not always appropriate for every aspect of the workflow.

“It might not always be appropriate to have all the processing in the cloud. It might be that the cloud must be flexible in its definition as well as its operation. Cloud processing is really software processing and it does not need to live in the public cloud, it can live wherever it makes most sense for the purpose it’s serving. That might be on an on-prem server at the edge, or private datacentre or public cloud.”

Currently, audio is one of those challenging areas which can cause problems for broadcasters looking to take advantage of scalable cloud microservices. While audio does not need to process large video frames, whenever something is transported over distance it introduces latency, and even more latency is introduced for things like control and video sync.

“Playout and asset management are aspects where audio is not critical because it is usually already embedded with the video, but in a live production there can be one hundred different sources coming in from different places, all of which can be geographically distributed which can take time to transport”

“Edge processing makes a lot of sense when latency in involved,” says Görner. “The cloud splits up services which used to be in the same physical location, where everything was received and processed at the same time before being synchronised with video on transmission. In a single broadcast production, there may be several time bases with two or three on-edge, such as the talent in the stadium or a remote reporter in another time zone, plus additional assets which may be stored in the cloud on other streams.

“All these time bases need to managed and time-aligned and – like with everything on cloud – it’s a completely different way of thinking about production. That is the real art of cloud workflows; how to marry the on-premise or edge resources with everything that you can do in the cloud.”

She continues: “But it’s definitely doable. It only becomes an issue when you have distributed workflows you can’t control. It’s something we built into [Grass Valley’s] AMPP platform as a fundamental concept so that you always know the timestamp of each flow and of each grain, whether that’s audio, video or data.

“You can always realign them within your workflow and in that way it becomes deterministic as a system. The challenges we used to see, with unreliable internet leading to unreliable streams, are no longer an issue. Now it’s really under control – worst case you just throw more bandwidth on it.” 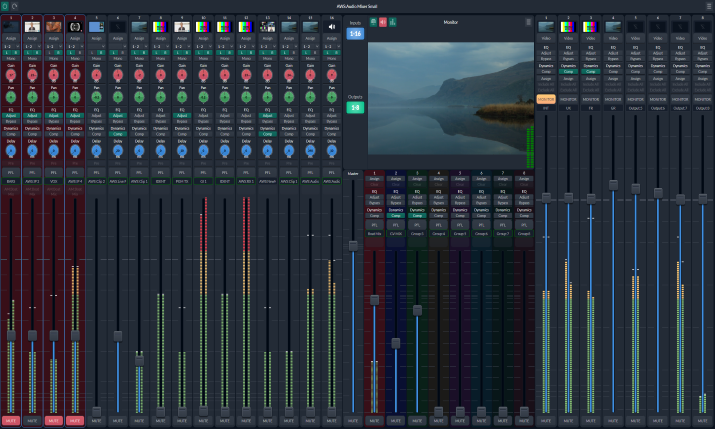 Latency can be an issue for broadcasters looking to add audio into the cloud mix. Pictured here, Grass Valley’s AMPP audio mixer

Acceptance of hybrid systems to allow for these limitations means that, at heart, the most defining feature of cloud is that control and storage of are independent of where an operator is based.

In all of this, the acquisition of signals, whether that’s audio or video, is not going to change – mics and cameras will still be used to gather content at source, and processing of these signals has always been done with specialist hardware, whether that is on-edge at a venue to ensure minimal latency, or somewhere else.

For audio, this is often with proprietary FPGA hardware. Görner believes that these are the challenges which will need to be overcome for the industry to fully embrace the cloud.

She explains: “Playout and asset management are aspects where audio is not critical because it is usually already embedded with the video, but in a live production there can be one hundred different sources coming in from different places, all of which can be geographically distributed which can take time to transport. All this introduces issues like lip sync and latency, but many of these problems have now been solved.

“What is needed now are strategic decisions from audio manufacturers to design products which are cloud enabled as well as software and hardware based. It is a lot of work to do that and as an industry we are still in the middle of it.”

Large broadcasters and media companies are already rebuilding and designing their facilities with the cloud in mind as the industry prepares for the technology to catch up with the desire for cloud workflows. Görner is already seeing new players enter the space and predicts that more widespread adoption will happen over the next two to five years.

She says: “I think the pressure will be big enough to convince audio manufacturers that this is the right path. The pro AV segments are already further ahead than our professional media audio businesses; we have more specialised tools and wonderful sound engineering, but for the simple stuff there are already cost-effective tools out there and people are already using them.

“My question to audio manufacturers is simple. “Guys, why wouldn’t you come?” It’s a struggle to switch from a hardware to a software company and everybody is having a tough time doing that. But in the end there is no choice because otherwise somebody else will enter our market to take it away.”