Speciality cameras with AR: taking sports production to the next level 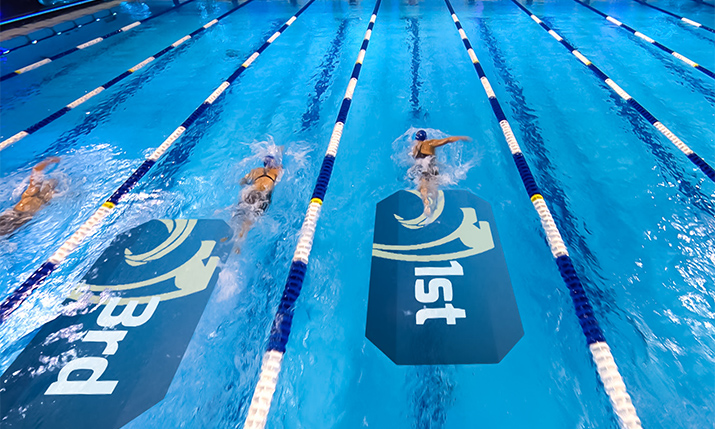 The use of AR technology within sports broadcasting has improved immensely in recent times.

All around the world it is now common for sports presenters to be regularly seen walking through virtual line-ups of teams, moving in and around players, kicking virtual balls across the field and other seemingly unbelievable things.

The improvement is down to not just the ingenuity and creativity of the production teams using the technology but also faster computing speeds and the integration of different aspects of visual graphics, including on-the-fly graphics generation, positional tracking of cameras, and keying technology.

Using AR on a cable-suspended camera system is not an innovation anymore, but as time has passed, modern AR graphics have become more realistic, complex and engaging.

“It’s relatively easy to show objects that ‘float’ in the air, but we can show graphics that are mapped to other objects on the ground and don’t drift”

One example is Robycam, developed my Movicom, which has baked-in Compass AR technology and is designed to work with various types of graphics.

The main competitive advantage for Robycam is an incorporated tracking system which is co-ordinated with the camera.

Movicom engineers have simplified the tracking process by calculating the positional data, the location of the camera and head in three-dimensional space, and processing it before sending it along to the graphics engine (which reduces the work of the graphics team). This is one more step in making the process ‘plug and play’.

“Over the past year we have fine-tuned our tracking technology to eliminate the drift associated with internal tracking on a gimbal,” explains Victor Pakhomov, Movicom chief executive. “Now it’s driftless. It’s relatively easy to show objects that ‘float’ in the air, but we can show graphics that are mapped to other objects on the ground and don’t drift, as in the case of ‘set extension’. That’s what makes our technology special.”

Since the internal tracking doesn’t need any mapping markers, Robycam is suitable for outdoor work with AR and delivers the same result as indoors.

One of the best recent examples would be Al Arabiya US Elections coverage. Although it wasn’t a sports production, it shows how a field can be turned into a massive AR set-up. This experience can be extrapolated to football, golf, rugby or any other field of play. The game won’t look the same. 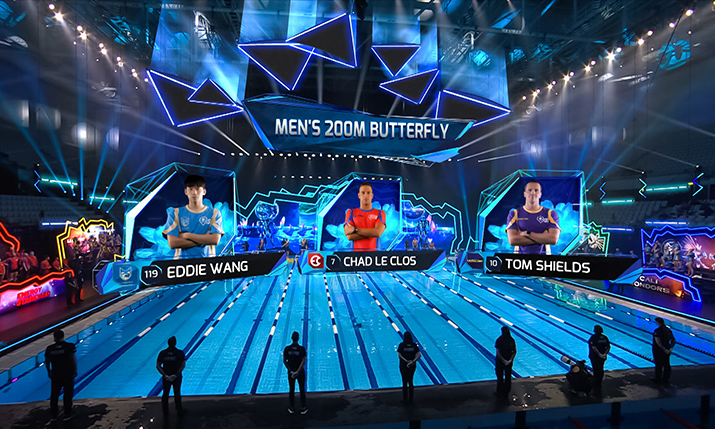 In addition to mapping graphics objects to a particular point on the ground, Robycam also delivered real-time athlete AR tracking during the recent International Swimming League (ISL) season (pictured, above).

The event’s main graphic provider, Girraphic, in partnership with Swiss Timing, sent real-time data on the swimmers’ ranking in the race and that data was mapped to the lanes in the pool. This enabled producers to show the heat of the competition and viewers were able to see how the positions between the leaders could change in less than in a second.

“Our whole team is very excited to be part of this project for the second year in a row,” continues Pakhomov.

“The production team uses our technology to its full potential, not as an add-on camera, but also as a main tool to tell the story. This makes us very proud. We feel that we have created the technology that delivers noteworthy results and enables people to come up with new creative ideas and tools to show off the beauty of the sport, the competition and the participant’s emotions. We are always ready for a challenge and we are willing to work on the technical side to achieve the maximum creative result.”

Also used during the ISL season was RobyRail, a track-based camera with R3 gyro-stabilised head. The idea was to test inserting the AR graphics to a railcam system.

The track-cam with AR can deliver impressive pictures for biathlon, athletics, swimming and many other racing sports. It is up to a creative team to decide which types of graphics they want to work with. It can be either informational, such as records, personal best or real-time tracking, or for some fun entertainment graphics to mix up the final picture for the viewer. 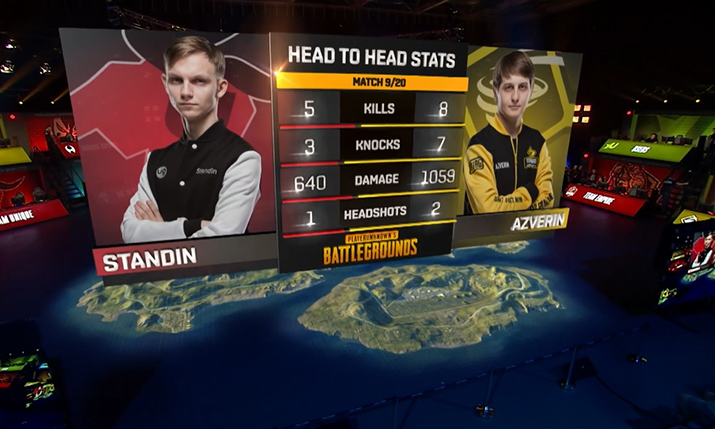 Esports broadcasters are champions in using AR graphics for live television production. Unsurprisingly, the games theme open doors to many creative opportunities such as replicating characters and adding other different elements to the competition coverage.

It all fits naturally into the whole games-related environment and really makes the viewer experience more interesting.

“The most complicated projects with the most complex graphics that we have ever worked on are associated with esports,” says Mikhail Galenkov, Movicom tech engineer. “I can remember the graphics CS:GO Forge of Masters in Kiev in 2019 or the map with moving planes for PlayerUnknown’s Battlegrounds.”

Movicom has also launched a point-to-point cable system built around its Robyhead R3 with integrated tracking.

The system hasn’t been used with AR yet but it can be and is more than ready. The system is designed for a linear speedy movement at lengths of 1000m and more.

Potential graphics packages may include various informational pieces. The cable-cam beauty shots always look phenomenal due to the dynamic movement. Mapping geographical names, sightings or explanatory data on various segments of the sports field can offer proximity of an event to the viewers enjoying the coverage from their homes.

No matter how complicated the task may seem, Movicom’s team is up to any creative and technological challenge and is ready to try to show things no one has done before. That’s the Movicom difference.

This article was written and supplied by Movicom.