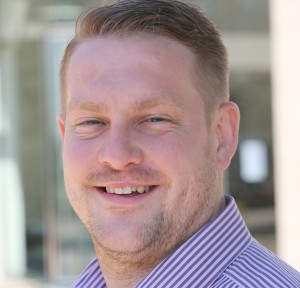 The new EOS C300 Mark II camera was among the headline developments on the Canon stand at NAB 2015. As a leading manufacturer, Canon continues to innovate whilst maintaining a consistent focus on the tools that broadcasters need to generate groundbreaking sports content day in, day out.

What would you describe as the single most important development on show from Canon at NAB 2015?

The new product releases that we announced just before NAB created a huge amount of interest. The technology behind our new cameras and the DP-V2410 reference display monitor will contribute significantly to future 4K productions.

The EOS C300 is a hugely popular camera in the industry and from the response we’ve had to the EOS C300 Mark II, I think it’s going to become the new workhorse of the 4K-ready camera fleet.

The flexibility and the way our camera systems are able to fit into any unique workflow is also something that we saw a great response to. The XC10 is the perfect partner for shooting different scenarios such as via a drone – something else that obviously got a lot of attention at the show.

There was a great deal of discussion about progress regarding 4K at the show. Where do you think we are now on the adoption curve – and how much longer will it be before 4K becomes a default for sports production?

While it’s usually sports that are leading the way for new image quality innovations, it’s clear that there’s still work to be done before 4K becomes standard. UHD is established for the likes of documentaries and cinema – but for sports, the finalisation of transport and end-display need to be completed before it becomes a default.

From an acquisition point of view, broadcasters are still going to want to do more tests. There needs to be comparison tests done between 2/3” and Super 35mm sensors to see which is going to be optimal for sports.

The success of 4K as a viable quality for sport will ultimately be decided by what the end-user wants to see. Broadcasters will continue to push to broadcast in the new quality as manufacturers continue to sell 4K-ready TVs that make it into the home and viewers demand better quality programming. 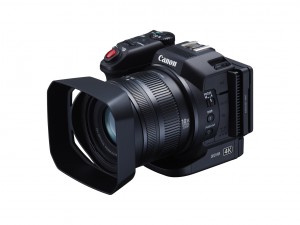 As we move into this new era, what are the greatest hurdles still to be overcome regarding compelling sports production in 4K? And what can Canon do to assist in this area?

As I mentioned, the greatest hurdles aren’t in the acquisition of 4K; the work that’s still to come is to join the workflow together. The transport and delivery of 4K is still something that companies are working on and will fit the last pieces of the puzzle together.

Canon’s Cine range cameras are already 4K-enabled so we’re looking forward to seeing our products on the front line of new 4K workflows. What we’ve done is to listen to our users who love the EOS C300 that were looking for reliable UHD acquisition. That’s why we produced the EOS C300 Mark II, and we’ve had a hugely positive response already.

Worldwide we see a greater pressure on professional broadcast technology providers in terms of production and export costs. How does Canon deal with these pressures while remaining competitive?

The focus of our R&D results from the attention we pay to the market.

New innovations will succeed if a manufacturer is committed to taking on industry feedback. This is what we aim to do at Canon.

Aside from 4K and general improvements in reliability, in what other ways do you envisage sports broadcast camera design changing over the next few years? What will be the greatest drivers of R&D work?

There’s a call to make cameras more portable, flexible and to work in more inventive ways, and this is translating to sports. It’s now pretty common to see an operator on the side lines with a Steadicam or a MốVI rig or a Spidercam system following players mid-game. In future we may start seeing drones being used to pick up new, more inventive camera angles.

Due to the size and flexibility of our cameras we are seeing users beginning to shoot in different ways Canon has a long tradition of being at the forefront in developing products that meet industry demands – something we endeavour to continue.

Finally, what sports event are you personally looking forward to most during the rest of 2015 – and why?

This is an easy one. The Rugby World Cup 2015 is extremely exciting for three reasons. First of all, it’s being hosted here in the England for the first time in 24 years. Secondly, I’m a massive rugby fan and a coach. And lastly, Canon is a major sponsor of this year’s tournament and we’ll be supporting photographers and filmmakers at the events. If that’s not enough reason, I don’t know what is.