SVG Europe Sit-Down: Axon CTO – VP of R&D Peter Schut on 4K, IP and broadcasters’ desire to be “prepared for all eventualities” 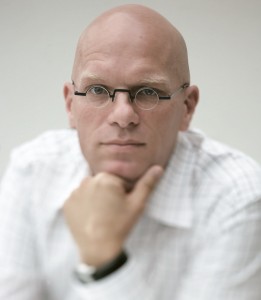 Axon’s CTO – VP of R&D, Peter Schut: “For many people IP has looked like a bit of a moving target for a while. But now I think we are starting to see more common ground…”

This September Axon Digital Design will introduce its latest SynView modular multiviewer at IBC in Amsterdam. Capable of handling both 4K and any IP video formats, the multiviewer has been purpose-built to support broadcasters to negotiate what is by any standards an uncertain and transitory period in the history of production workflows.

It is to be expected that the gradual move towards UHD and away from SDI featured prominently during SVG Europe’s recent conversation with Peter Schut. His distinguished CV includes stints as a design engineer in the high-end audio segment and at the Dutch Ministry of Defence, but for the last 23 years he has been an integral part of the Axon team – initially as a design engineer working on the original modular FR-Range, and then rising up through the ranks to his current role as CTO – VP of R&D.

How would you describe overall activity levels this year? And how much of it can be attributed to the rise of IP?

It has been a very good first-half, and in fact I think we are a little bit above our 2014 numbers – 2015 having been not such a strong year. But for the first half of 2016, I would say that we are performing comfortably above our targets. Regarding the IP infrastructure, I would not say that we are yet doing substantial IP business there – although of course we are preparing for that to happen. Much of the work at the moment is still related to conventional SDI-based infrastructure and peripherals.

Are you surprised by what appears to be a slower move to IP than some observers had predicted?

I actually think it’s fairly natural given that we are still in a fairly early phase of [IP production history] and that it could be argued there has been a bit of a mess around the issue of standards. For many people IP has looked like a bit of a moving target for a while. But now I think we are starting to see more common ground thanks to our industry accepting that [VSF TR-03], guided by the AIMS Alliance, will probably be the most stable way forward. VSF TR-03 is still fairly new, and the Alliance itself is barely more than eight months old, so it’s too early to say [with great certainty] but the general impression of the Alliance seems to be that it has the right approach and is going about things in a pragmatic way.

Last year’s IBC saw Axon displaying POCs using both S2022-6 and AVB – but how do you view the future now for the latter technology, which is widely felt to have lost momentum in pro-AV over the last few years?

I think that AVB is still the best technology and offers features above even TR-03, but we have to be honest and say that it is currently a bit like being stuck with a Betamax machine and no tapes! As IBC 2015 approached it became clear to us that we needed a miracle for AVB to be widely adopted and that [by contrast] the industry was beginning to go full steam ahead with [SMPTE] ST 2022-6. Now it seems we are about to be swept off our feet by TR-03. That said I think there are still issues to be resolved [with TR-03] and there will need to be another iteration to make it really good.

But I do still believe that AVB could ultimately have a strong future in its new incarnation, TSN (Time-Sensitive Networking). It’s already attracting strong interest in IT – Cisco recently published a 300-page future technology paper and about 100 pages of that focused on TSN – and in time that will drop into broadcast and AV [because of increased convergence].

The new multiviewer accommodates work in 4K, but how do you characterise the demand for production in the format at present? 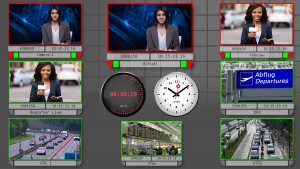 Axon will introduce its latest SynView modular multiviewer at IBC 2016

I think it is clear that 4K will be the vehicle for our next generation of TV pictures, although I personally think that 1080p would have been more than sufficient for 99% of programmes! I think in time that wide colour gamut, HDR and higher frame rates will also be added, but 4K will be the mechanism by which we get there.

In terms of our customers getting ready for 4K, a lot of them want to be able to do 4K now but also be prepared for HDR next year. Our R&D team is already working on how to achieve conversion between HDR/wide colour gamut and back in two directions. It’s an underestimated area of technological development and I think it will cause some difficulties without human intervention.

It’s clearly a time of transition, so how would you describe broadcasters’ chief priorities when it comes to designing new OB trucks or broadcast centres?

I think they want to be prepared for all eventualities. They want to go towards having an Ethernet backbone, save money, gain more flexibility and higher bandwidth, and specify an agnostic backbone for whatever format comes next. But I would argue that the real shift for our industry would be if it was to use more or less generic, off-the-shelf hardware that can be used in virtualised environments. I am sure that will happen in time. But as regards the outlook for SDI, I think we will see that format being in widespread use for another 10 years yet.

What will be your primary message at IBC this year?

I think we want to stress the point that if you want to build something this year ST 2022-6 is currently the way forward. We also want to convey the message that [the move from 2022-6 to TR-03] will require a serious change in how things work, so if you adopt an Ethernet backbone and go for 2022-6 you are really stuck with it – at least in a broadcast studio environment, although it might be possible to migrate from 2022-6 to TR-03 in an OB truck and have everything up and running in a couple of weeks.

In terms of specific products, we will be showcasing the latest developments surrounding the Synapse interfacing and conversion range, as well as our ongoing sales and technical partnership with Utah Scientific, which is going really well. We are looking forward to a great show.