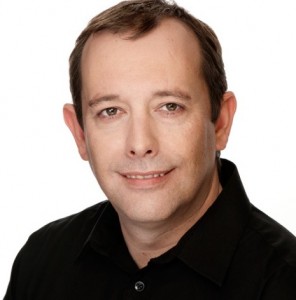 The huge stands presided over by Blackmagic Design at shows including IBC and NAB confirm – if indeed there was any doubt – that the video acquisition, editing and conversion manufacturer remains a dominant presence in the contemporary broadcasting landscape. In particular, the advent of 4K has occasioned some of the company’s most groundbreaking innovations, not least the Production Camera 4K – Blackmagic Design’s first 4K-supporting camera, introduced at NAB Show 2013.

In the wake of an IBC that saw much attention given to the full range of Blackmagic Design’s 12G-SDI 60p video production infrastructure products, director of sales EMEA Simon Westland sat down with SVG Europe to discuss the state of play with regard to UHD/4K, the current industry buzz around High Dynamic Range (HDR), and one or two recent sports broadcast highlights – sports being “often the first area to drive technology in the broadcast market”…

How would you characterise overall levels of demand in 2015 so far compared to last year?

Demand continues to increase for our Ultra HD products, and that is inevitably because after the years of ‘if’ and ‘when’, Ultra HD has arrived and is becoming the new standard for live events and broadcasting. Speaking to people on our booth at IBC, it was clear to see that all investment in new equipment is being made with consideration of how deliver Ultra HD video content.

Blackmagic Design’s focus at IBC 2015 was inevitably on the 12G-SDI 60p video production infrastructure. What were the main messages that you wanted to convey with this showcase?

IBC is always where we show an evolution of the product ranges that are announced at NAB, and this year was no different. When we spoke to customers at NAB, customers could instantly see the benefits of not only the higher frame rates that 12G-SDI can deliver in Ultra HD production, but also the single cable connectivity that 12G-SDI offers. At the show we announced additions to our Teranex Mini converter range, including Quad SDI to 12G-SDI and 12G-SDI to Quad SDI, which allow users to integrate their existing SDI products into a 12G-SDI workflow.

4K, HDR and IP seemed to be the main themes of the show. How do you expect their accelerating momentum to impact on Blackmagic Design in the year ahead?

All of these were widely discussed at the show, and as ever we’ll keep a close eye on what technologies will be most effective for our customers. At this year’s show we had a technical demonstration of video over IP on the booth, showing a 10G fibre switch to route 4K video over IP. We wanted to share this with people and get their insights into what ways we should develop this technology into effective and useful products. It’s clear that video over IP is really taking off in some markets, and so if the demand is there we always want to be able to develop products that will support that demand effectively.

There has been some talk of HD + HDR being sufficient to deliver the TV of the future… whilst some still feel 4K + HDR is the way to go. What is Blackmagic’s take on this issue?

We have seen an increase in demand for HDR, mostly in the cinematic and filmmaking industries, where high dynamic range plays a major part in the look and feel of a production. To date, we’ve not yet seen this in the live or broadcast markets, where resolution and high frame rates are the key current requirements.

To what extent is sports broadcast a driver of new product developments in 2015?

Sport is often the first area to drive technology in the broadcast market – it did in 3D and we’re seeing the same in Ultra HD. In particular, the need for high frame rates to facilitate super smooth Ultra HD broadcast is a major driver in sports broadcasts, and this will set the trend for other markets. Once viewers get used to the high frame rates, anything else will quickly look inferior, so other live productions will want to replicate what they’re seeing at sporting events.

If you had to nominate one or two sports broadcast projects of recent years that exemplify the capabilities of Blackmagic Design, what would it be – and why? 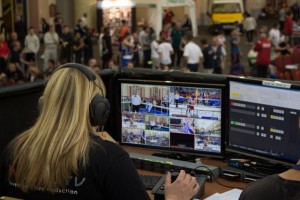 During the Haringey Cup at London’s Alexandra Palace, all of the action from four boxing rings was captured by a series of flyaway kits built around Blackmagic Design equipment. The content was deployed for London Live’s broadcasts as well as a live stream for online viewers.

We’re seeing Blackmagic Design equipment installed and implemented in a huge variety of ways across sports broadcasting and live production, and it’s that flexibility which demonstrates the capabilities of the equipment. There are Premier League and Bundesliga clubs using Blackmagic Design equipment in their stadium studio facilities, and flagship sporting events such as Formula 1 races and the Dakar Rally where our kit is in place for live broadcast.

At the same time, there are some fantastic examples of sports which may not have the biggest budgets, but are still able to deliver stunning high quality productions with our equipment. A great recent event was the Haringey Cup, amateur boxing’s biggest event which was staged at Alexandra Palace. All of the action from four boxing rings was captured by a series of flyaway kits built around Blackmagic Design equipment and the content was deployed for London Live’s broadcasts as well as a live stream for online viewers. All of the match coverage for the PSA’s World Squash Tour is also produced through a Blackmagic Design workflow, which is then fed to sports broadcasters and streamed via the PSA website.

Finally, can you give us a few hints about what is brewing in the Blackmagic Design R&D labs at the moment…?

Our product development is very much led on what our customers need and want, so IBC was a fantastic opportunity to understand what broadcasters and sports facilities are looking for from their video production workflow. There is always plenty going on, and IBC certainly gave us lots of food for thought!