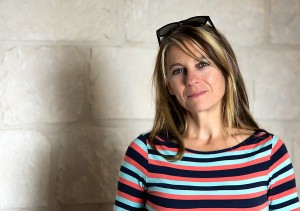 Having had a long and distinguished career in both live production and broadcast manufacturing and development, Ellen Camloh is well-placed to assess the monumental technological changes to have impacted the industry over the last two decades. After a spell as the director/TD of a nightly newscast, she became a freelance producer and web content creator, working on a wide variety of high-profile projects. Latterly, she moved into product marketing, working for global leaders including Avid and Autodesk before joining NewTek in 2011. As senior director of global product marketing, she is able to draw on her extensive knowledge of live production to help propagate the successful deployment of new multi-camera video technologies.

In the wake of an IBC that saw NewTek highlight its full-range of TriCaster video production solutions, the 3Play sports production solution and the VS-100 video calling production system, as well as its new NDI protocol, Camloh sat down with SVG Europe to discuss the ongoing transition to IP, the implications of 4K, and the emergence of what she terms the “LAN of video things”…

The 3Play family has seen a lot of adoption worldwide, but what was the original impetus for its development?

It was really in direct response to the customer’s frustration that they had to invest in really expensive and integrated systems in order to just get a few channels of replay. However, I think the other side of the coin is that NewTek is known for incorporating all these other capabilities into its system, so rather than make it a replay-only system [the customer] can have a solution that has the processing technology included in TriCaster, and can squeeze all of the efficiency out of the computer systems that we use. Applying some of that TriCaster multimedia technology as integrated into one system for sports production can result in a really smooth workflow.

3Play also [resonates with the whole movement] of enriching the fan experience, whether it be offering instant replays or in-game highlights. It all helps serve the more dramatic parts of live production.

We see broadcasters experimenting with a lot of different models surrounding the generation of OTT and other content, but do we see a consensus emerging around how best to monetise it?

That’s a great question – in fact, it is the question. One of the reasons broadcasters are buying systems like 3Play is to realise that good cost-per-channel economy of scale. But when people look at monetisation, even though the landscape keeps changing before our eyes and the ‘splintering’ of audiences is definitely taking place, [content generation] ultimately comes down to the same four things – the four ‘Es’.

The first one is Exposure – getting more and bigger audiences for programming. The second is Engagement – in other words, what is the viewer’s involvement with that live event? Are they tweeting about it or sharing a clip or an image? The third is brand Extension. There are only so many matches in a season and you can’t add more, but the fans want additional content so how do you go about satisfying that demand? That can lead to the production of additional shows or giving athletes accounts with Periscope and other video apps. And then there is Experience, where we are thinking more about the actual people in the venue and delivering slow-motion and replay as part of that in-stadium experience that is as good as they would be able to get at home. 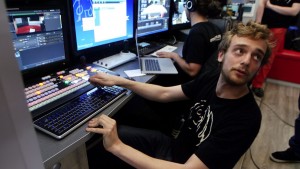 We’ve seen adoption of 3Play across a lot of sports, but I think one of the areas where it has really resonated is for smaller sports like squash or darts, where they may not be in a position to have their events take place in a huge stadium but are keen to attract more fans and are aware that [internet content] can really help with that. Part of NewTek’s approach is to put professional tools into the hands of people who want to create something professional but don’t necessarily have the backing of big [advertiser] brands behind them.

What is the latest on NewTek and support for 4K?

Our president and CTO, Dr. Andrew Cross, has spoken quite frequently about the fact that what really drives NewTek is audience demand, because it is the audiences who are feeding the producers’ and the rightsowners’ demand. So when it becomes more widespread to be delivering 4K over the sort of channels we are distributing to, in other words multiplatform to lots of different devices, then [great] – but the demand is just not there yet. Of course, our development team is always looking at and driving towards where the technology is going, and even though [4K] has not reached critical mass in the streaming world yet it is something we address with our NDI protocol, which will allow for video over IP workflows that are completely resolution and format independent.

Developed to allow multiple video systems to identify and communicate with one another over IP, and to encode, transmit and receive many streams of high quality, low latency, frame-accurate video and audio in real-time, the NDI open protocol was a hot topic at IBC2015. Do you think we might eventually see it going forwards for official standardisation?

Formal standardisation has its plus sides and its down sides, too. It is time-consuming to get there and it can be expensive for the people who buy into it to adopt it. Our position is that there are already many products out in the market deploying the same technology as NDI is using – in fact, about 100,000 devices using the same technology as we have in our SDKs. So [formal standardisation] is not in our plans at present.

Whilst the industry is clearly moving in the direction of IP-based workflows, would it be fair to say that many people are going to be highly cautious about undertaking such a major change?

People will be very cautious about it, and you can see that even in the regular corporate installations that aren’t video mission critical where they put in secondary routes and so on. There does have to be a continued discussion about IP because it is not a one-for-one replacement for SDI by any means. It is looking at how video gets across, and how data about video gets across, and whether one can be without the other – and many other issues besides. The current [market landscape is] confusing to people, but I think that it is a growing pain and what comes out of the other side will be on an ‘internet of things’-type scale – ‘the LAN of video things’ you might say. 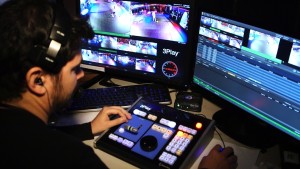 Given the accelerating rate of change, what is the role of manufacturers in helping the market to incorporate new technologies into reliable workflows?

From the perspective of the manufacturer or creator of these technologies, there is absolutely the option to write down your own tools and be self-sufficient; you do have that option. But you can also work with one or more manufacturer(s) who has already adopted a new technology and look how it can be implemented in your workflow. Then you also have experts at companies like NewTek where they have the right custom design or custom consultation. Finally, there is also the fact that the library of known workflows builds up over time and knowledge gets documented.

Can you give us a few hints about what to expect from NewTek in 2016?

There is no doubt that NDI will be a key focus for us next year. From the perspective of our workflow solutions and pro services teams, we want to get more education out there and help people to understand that they can adopt NDI now and have it co-exist with SDI workflows. There is no need to shut the door on something with which they feel comfortable.