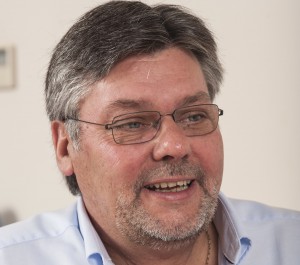 Presteigne Broadcast Hire CEO Mike Ransome: “The rising cost of rights inevitably puts pressure on the budgets for production and for kit.”

Established in 1990 by broadcast engineers who had recognised the need for a reliable source of the best equipment on dry hire and systems rental, Presteigne Broadcast Hire has grown in stature ever since and now works out of two bases in the UK: one near Gatwick Airport serving the London area, and one in Warrington for Salford and the North of England.

Sports remains an integral part of the business, with calendar regulars including the Oxford and Cambridge Boat Race each April, for which Presteigne now supplies multiple RF cameras. The outlook for sports production was inevitably a core topic of CEO Mike Ransome’s conversation with SVG Europe, but so were the likely impact of 4K, the changing economics of broadcasting, and a few personal sports highlights from the recent past…

In terms of activity levels in sports, how would you describe 2015 so far?

As you know, the big sports events take place in even-numbered years, so the part of our business that comes from sport is always going to be slower in an odd year. But the level of business from sport is pretty much what we expected, and of course sport is not all we do.

In what ways has the Presteigne service offering changed over the last few years?

The core business of responsive rental has stayed the same, of course, but we have added a lot to it. One of the most interesting is the growth in RF business. Wireless camera technology has come on in leaps and bounds over the last couple of years. We have led the way with practical expertise, as well as pushing the technology forward.

A great example is the Boat Race, on the Thames in London each April. We now provide multiple RF cameras out on the river, on each college boat and on the referee’s vessel, which are linked through a mesh system providing absolutely consistent coverage down the whole course – close to 7km long.

In general terms, how important is sport to Presteigne?

Sport is of course very important, and represents a fair proportion of our business. But it is not the be all and end all of what we do. On the other hand, our experience in sport – which quite often pushes the technology envelope – allows us to deliver exceptional service to other clients. A good example recently was the state funeral of former Singapore prime minister Lee Kuan Yew. Host broadcaster MediaCorp wanted to follow the funeral procession through the city centre streets, with three motorbike cameras. We designed and installed a diversity switched RF system which used four buildings along the route to relay the signals back to the production switcher.

What are the primary trends you would identify in sports broadcasting at this time?

I think that our ability to deliver complex, multi-camera RF systems which are highly reliable and low latency is changing the way that many sports are covered.

The big question, though, is where 4K is going. Certainly people are talking about it a lot, but will it become a format to the home, or will it be used for large screen presentations of events, in cinemas or in city squares? Only time will tell.

In terms of 4K, we are close to seeing field cameras and lenses to allow real sports coverage. Companies like Sony, Canon and Fujinon are doing remarkable work, and comprehensive products will be ready soon.

But if 4K is to take off then we need 4K channels. There are now standards for delivery of 4K, but when will the hardware be ready to show live 4K in the home? [NB. Fairly imminently it would seem, judging by yesterday’s (June 9) surprise announcement from BT Sport: https://www.svgeurope.org/blog/headlines/bt-has-eyes-on-the-4k-prize-with-dedicated-uhd-channel-announcement/]

I came back from NAB this year very excited by the prospects for IP. It calls for different skills, but offers some real advantages for us and for our clients. An SDI router is a big heavy thing, for example. If we could replace that with an IP switch we could save a lot of rack space and shipping cost, which means real savings for the client.

Is it your impression that sports broadcasters have more funds at their disposal than, say, a year or two ago?

Sport is still hugely popular on television, of course, but sports broadcasting is a fiercely competitive business. That is putting upward pressure on the cost of rights – as we have seen recently, the big events can command huge prices for broadcasters.

The rising cost of rights inevitably puts pressure on the budgets for production and for kit. Broadcasters have paid large amounts of money for the top events, and want to cover them in the most imaginative and detailed ways, but have to be very careful with the costs of people and hardware.

One idea on the horizon that could solve this issue is remote production. It will take someone very brave to say we are going to rely on multiple circuits, do the production and post at home, and just send the camera operators to the ground. But if someone will take that chance, it would dramatically change things.

How do you expect your offering to evolve in the near-future?

We succeed in business when a broadcaster or production company rings us up for a piece of kit they need for an event and we have it on the shelf. So our growth depends on us having lots of conversations with our customers to find out exactly what they are going to be ringing us for in the coming months and years.

I think that will include 4K cameras and production kit. It will include expertise as well as hardware for RF. It will see us continue to expand our audio offerings, which again includes RF; shows want huge numbers of radio microphones nowadays. And whatever else the customer will ask for.

Finally, if you had to nominate a few recent sports highlights, what would they be?

The business answer is that I was lucky enough to visit the Australian Grand Prix to see the co-operation between our engineers and the production team at first hand. The way they all worked together, each knowing their own job, was at least as good as the guys in the pit lanes.

But the honest answer to my recent sports highlight was Chelsea winning the Premier League again!