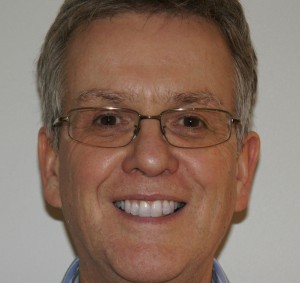 From the moment it was announced in 2012, Sony’s F55 has been an integral part of the debate surrounding new production workflows. Sports broadcasters are among those to have evinced great enthusiasm for the groundbreaking camera, deploying it during a number of major 4K trials.

In an historical context, of course, it was merely the latest in a long line of historic launches that have consistently underlined Sony’s credentials for paradigm-shifting R&D. In his recent conversation with SVG Europe, Sony Professional Europe strategic technology development manager Peter Sykes discussed the company’s ongoing focus on innovation, as well as the outlook for UHD adoption and a recent personal sporting highlight…

How would you characterise 2015 in terms of overall activity levels for Sony Professional Solutions in European sports broadcast?

It has been another active year so far. Instead of things quietening down after the 2014 FIFA World Cup, we’ve actually been busier than ever. Sony continues to work with many broadcasters across Europe and we have been assisting them with numerous 4K UHD trials.This has also included helping BT Sport bring their new UHD service to air.

We also introduced some new technologies to market including the new HDC-4300 camera, launched at NAB. We believe it’s a game-changer for sports, responding to questions that remained about the practicality of shooting live in 4K. We have also been preparing for the launch of our IP Live production system, so overall activity levels have been high.

Sony has been at the forefront of 4K-related developments. How widely would you say that products like the F55 have now been adopted by the sports production community?

The F55 is the camera that first made 4K live production possible, and its widespread use for sport continues. We are also seeing strong interest for arts programming including opera, popular music and theatre, [with] several National Theatre Live productions distributed to cinema. Those looking for a filmic, shallow depth of field are big fans of the F55.

The new HDC-4300 has also been embraced for live sports with its unique 2/3-inch sensor performance and familiar style of operation. So users have a great choice now.

Around the world we see varying levels of 4K progress with regard to production trials and implementations. How would you assess the current state of play… and how long do you think it will be before 4K is a day-to-day production default for sports?

Every area is different, but we’re continuing to see a global trend towards 4Kas broadcasters start to roll out first UHD services and demand for content increases. Generally speaking, production crews are now familiar with the requirements for producing higher resolution 4K images, so trials are now increasingly focusing on areas such as HDR and the use of wider colour gamut for live events.

What do manufacturers, broadcasters and other stakeholders need to do to help accelerate 4K production for sports?

It’s all about working closely together to identify and overcome the common challenges. At Sony, we spend as much time as possible on site with production teams, engaging with industry bodies and working with alliance partner vendors to realise end-to-end 4K workflows that meet real world requirements.

One example is the work that we’re doing with our IP Live technology and the Networked Media Interface. With SDI fast approaching its limits, IP-based live production is set to be a key enabler of widespread 4K adoption. Sony has established an alliance partner programme for the technology which currently has around 30 leading vendor companies as members.

Longer-term, what do you think will be the benefits of UHD (4K and 8K) for sports production – and even more importantly, for viewers themselves?

For producers and broadcasters, the big challenge is to attract and retain viewers or subscribers in an increasingly competitive world. UHD is a great way of ensuring that content stands out to offer a better viewing experience.

From the viewer’s perspective, UHD is all about getting closer to the action and, for sports fans, enjoying an experience that’s as close as possible to actually being at the event. It ultimately means a better big screen experience, whether that’s in the home or the cinema.

If you had to nominate one recent example of how Sony innovation has helped to bring about an ambitious sports broadcast production, what would it be?

A recent example is the successful live broadcast of the UEFA Champions League Final in 4K. Using an end-to-end Sony system – which included the HDC-4300 and F55 4K cameras, BVM-X300 OLED 4K monitoring, and PWS-4400 4K servers – the match was screened live in 4K at several locations across Germany.

Outside of sport, some of the most technically challenging projects have been with National Theatre Live and Vue International. This has really pushed what can be achieved in live production for cinema, as we’ve been working on wider colour gamut and HDR.

Can you give us a few hints about what we can expect to see on the Sony stand at IBC?

We will be highlighting the latest developments for live broadcast production specifically in the areas of image capture, IP and workflow. We are finalising plans now and invite you to come see for yourself at the show.

From a pure enjoyment point of view, I spent some late nights watching the recent FIFA Women’s World Cup. Of course, I was disappointed to see England lose at the semi-final stage, but the result did put a smile on the faces of my Sony colleagues in Japan!