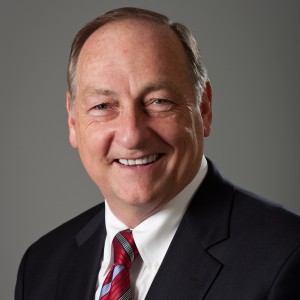 SVG Europe is delighted to announce a new addition to its ranks of Gold Sponsors in the form of Cobalt Digital Inc. The company designs and manufactures award-winning 3G/HD/SD conversion, terminal, throwdown and multiviewer technology for the broadcast television environment.

Cobalt’s Blue Box Group line of interface converter boxes streamlines and simplifies a wide range of 3G/HD/SD conversion and signal transport tasks. The company’s multi-image display processors enable multiviewer capabilities in the most demanding studio and remote broadcasting environments. Distributed through a worldwide network of dealers, system integrators, and other partners, Cobalt Digital products are backed by a five-year warranty.

Sports is a significant focus for Cobalt Digital, and recently its audio-related openGear cards played a starring role in the 4K Dolby Atmos flight kit that Dolby engineers used to control on-site audio embedding on opening night of a large international sporting event that took place in South America. The specially designed kit was built around a Cobalt frame with two Cobalt 9374 cards in redundant signal paths, along with other complementary Cobalt cards. The 9374 was the lynchpin in the signal design, as it allowed Dolby engineers to ingest audio within SDI and MADI, shuffle the tracks and channels, and output the desired channel and track order in the desired target format. The Cobalt frame’s flexibility meant Dolby engineers could adapt the kit’s signal flow to meet the demands of a fluid and challenging technical environment.

Explaining the decision to join SVG Europe, Bob McAlpine, executive vice president of sales and marketing at Cobalt Digital, comments: “Mobile production companies throughout the United States rely on Cobalt gear to cover all kinds of sporting events, including major events like the one in Rio last summer. We joined SVG Europe to spread the word to European companies about the reliability and innovation our U.S. customers already know and love. Cobalt recently acquired ImmediaTV, a company focused on IP-centric video-processing, and growth like that puts us in an even better position to serve European sports broadcasters as they make the transition to IP signal transport.”