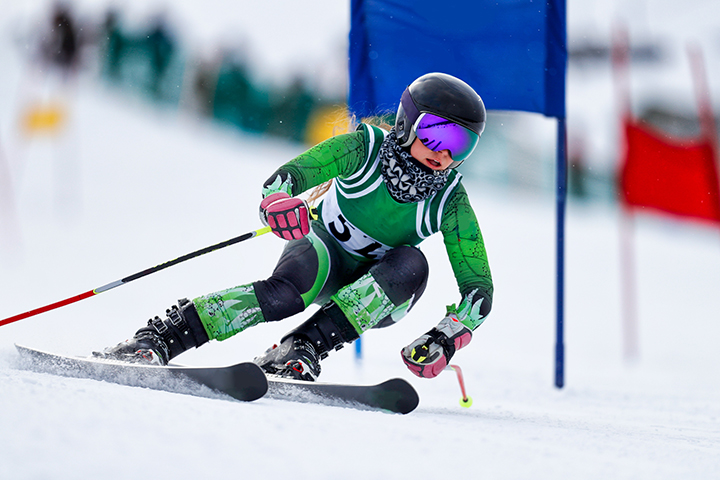 Sweden’s SVT and Infront will break new ground in remote production during its host production coverage of the FIS World Ski Championships 5-17 February when it sends 80 camera signals from the course via two 100 Gbps fibre circuits from Telia to three control rooms in Stockholm.

Adde Granberg, SVT, director of technology, CTO, says the accomplishment at the World Ski Championships shows how far things have come since 2012 when SVT put remote production to the test for the London Olympics.

“Many said, ‘okay, but it won’t work with bigger events,’” he says. This event, he says, show the full potential of remote production.

“It’s not about new technology, it’s about a new way of working,” he explains. “This has nothing to do with IP as the facilities at the course are the same if we were not using IP. Only the transport of signals is over IP.” 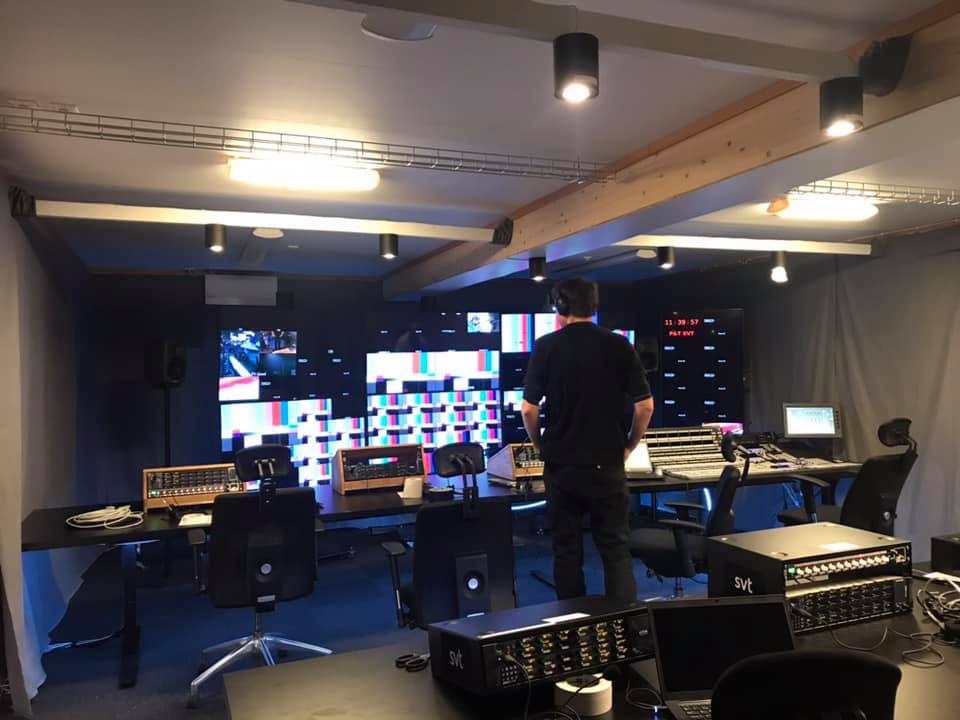 The FIS Alpine World Championshships director in Åre will work remotely with the rest of the team in Stockholm. Photo: Daniela Calandra

About 150 people will be at the course, including technicians, the camera people, and the director. The director will have access to a control panel to control the Grass Valley vision mixer that will be located in Stockholm where a production team of about 40 will create the ultimate coverage.

Grass Valley cameras are the camera make of choice, serving content to EVS replay operators in Stockholm. FIS handles the creation and management of graphics which are then integrated with the produced feed.

“In our office in Stockholm we have the same equipment as you would find in an OB truck so the goal was to figure out how to use that so that we wouldn’t need to rent trucks as we don’t have our own trucks,” explains Granberg. 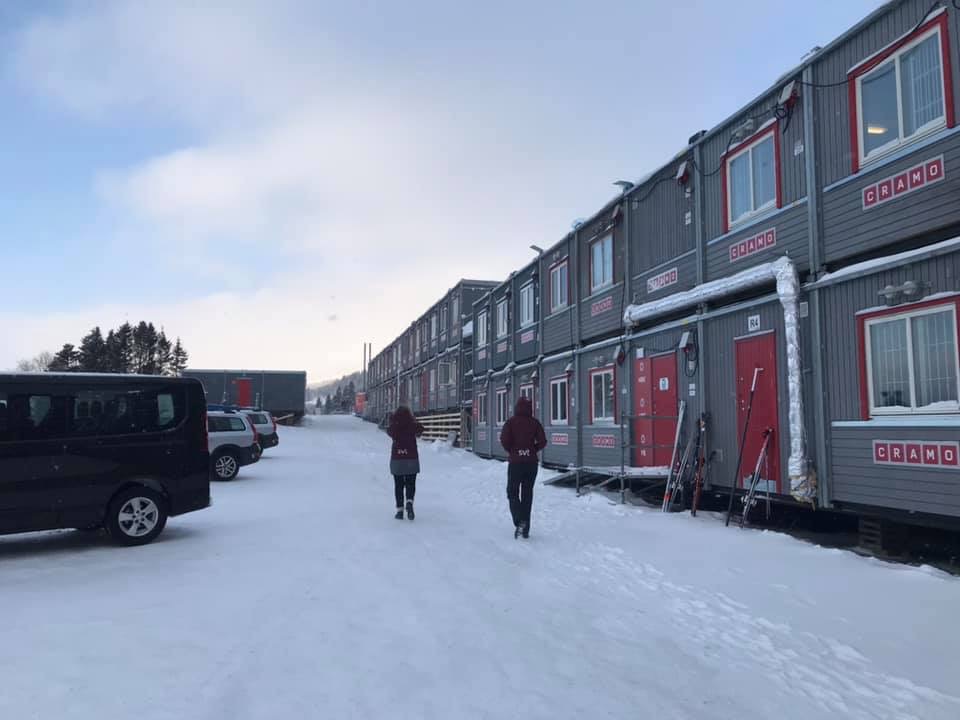 The two Telia 100 Gbps circuits outfitted with Net Insight Nimbra media gateways will send uncompressed HD signals from Åre to Stockholm. Return signals are uncompressed HD and video latency is about 75 milliseconds. Clear-Com IP intercoms are also in use to make sure communications are as close to real time as possible.

Each of the three control rooms in Stockholm will produce different signals as one will focus on the regular world feed, another on world feed plus, and then the third on the Swedish unilateral needs.

Getting to this point took about five years of convincing both the International Ski Federation and the other broadcasting rights holders as well as SVT.

“It was an enormous internal journey that began a few years ago,” he says. “There were many questions along the way: Why? How? and so on. But perhaps the toughest nut to crack was communicating with everyone who said it would never work.”

An initial test proved out the system two weeks ago, allowing the SVT team to get around to the task of getting on-site preparations and 79 cameras in position. Annika Zahr, SVT,head of operations, oversees those efforts.

Granberg says that once the team overcame their discomfort with the idea of working remotely, they began to come up with more ways it could be accomplished.

“We’re making use of the digital technology we’ve had for a long time, to digitalize our method for maximum benefit,” he explains. “We use fixed technology in one location – in this case at SVT in Stockholm – and have the cameras in a different location farther away. With long extension cords, so to speak.”

What defines a successful remote production? The cost savings are obvious, especially for major sports where hundreds of people need to be on site at locations where cheap hotel rooms are non-existent. And equipment can be better utilised as it will spend less time in transit and more time being available to be used. And, of course, Granberg says that making sure viewers don’t notice or have a bad experience is at the top of the list of making a successful show.

“Many said, ‘okay, but it won’t work with bigger events. But this event shows the full potential of remote production.”

“It definitely changes the work routines of a lot of people, but it doesn’t change anything negatively for the viewer,” he adds. “I’ve had the pleasure of travelling around the world to work with big events since 1993. But how much is all that personal satisfaction worth when the viewers get nothing in return for the additional expense and environmental impact?”

As for the next step, Granberg is intrigued with the move to cloud-based production that doesn’t require physical rooms. But the team at SVT will have a chance to become even more comfortable with remote production when it is put in place for the Biathalon World Championships in Östersund in March.

“My staff are ready for new routines; we’re more efficient and more green, and we’ve made SVT an attractive workplace for those who love to work with TV production,” says Granberg. “After our world championships, our newfound expertise will carry over into everyday production, combining all of SVT’s resources to create programming where it’s needed, with new methods that will carry the company forward.”

With the 2015 World Ski Championships in Falun and now Åre and Östersund in 2019, SVT has put Sweden on the map with new production methods. We have sporting facilities with fibre connections that let us be on site much faster without giant production vans, just cameras. This saves time and money when major events need to be moved to a different location due to weather conditions, or when other big competitions are held in our part of the world. We can now produce television broadcasts of biathlon, cross-country skiing, ski jumping and alpine events of top world class in the most environmental, efficient way possible, with, I dare to say, shorter lead times than any other country in the world.

The FIS World Ski Championships will take place in Åre, Sweden, from 5-17 February.

SVT’s work on the FIS World Ski Championships will be discussed and showcased at the Nordic Summit in Bergen on 7 March 2019. For more information and to register please visit: https://www.svgeurope.org/nordic-summit-2019/