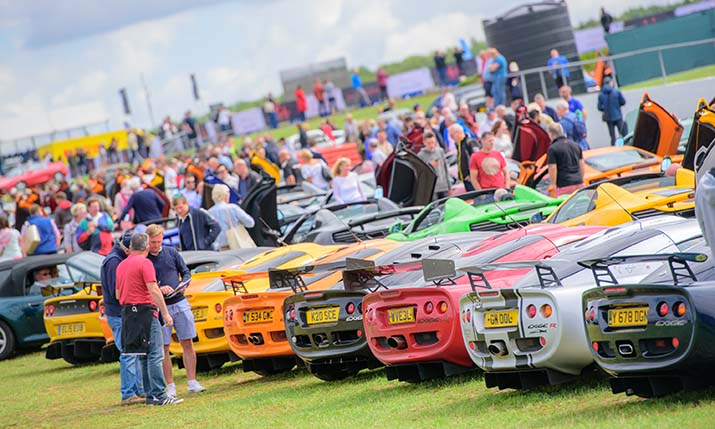 The Classic is firmly established as the world’s biggest classic motor racing festival. The epic event – which in 2021 celebrates the 30th anniversary of its inauguration, postponed by a year – attracts more than 1,000 race entries

This weekend’s 30th anniversary Classic being held at Silverstone (30 July to 1 August) is set to be live streamed for the first time in its history, taking all the excitement of this prestigious event global.

Aurora Media Worldwide is taking The Classic online with the new provision of a live stream. Maximising its cutting edge proficiencies, Aurora will be capturing the excitement and heritage of The Classic for television and on-event audiences, as well as digital followers.

In another first for The Classic, Aurora will be post producing two highlight programmes that will air on ITV4, hosted by Tiff Needell and Nicki Shields. These will be screened on back-to-back evenings at 8pm on Wednesday 11 and Thursday 12 August, with repeats on Sunday 15 August and Sunday 29 August.

“We’re enjoying record ticket sales but some of our fans are still unable to travel to Silverstone, notably from overseas, so the introduction of live streaming is sure to be a very welcome and popular development,” said Nick Wigley, CEO of the Classic promoter, Goose Live Events. “There’s nothing to rival actually being at The Classic of course but, with all 21 retro races streamed live interspersed with all the magical car club parades and some of the off-track highlights, the new YouTube coverage will be the next best thing.”

Global viewers will be able to follow all three days of the prestigious event – both on and off the track – by tuning into the Classic’s dedicated YouTube channel: www.youtube.com/silverstoneclassicTV either to watch all the action as it happens or to catch up on what they have missed after the dust has settled at Silverstone.