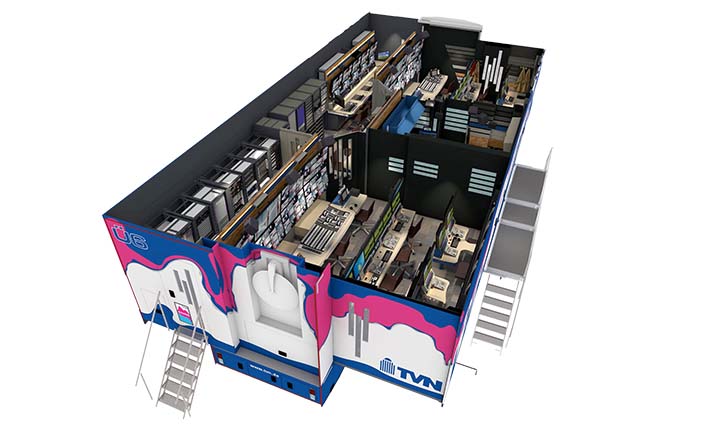 Held on 21 August at the RheinEnergieStadion in Cologne, Germany, the match between Sevilla and Inter Milan finished 3-2 to the Spanish side. It was held behind closed doors due to the COVID-19 pandemic.

UEFA was the host broadcaster for the match, and all the finals stages of the Europa League, supported by TVN.

Integrated into TVN’s UE6 4K HDR OB truck, the Leader waveform monitors were used to match incoming video feeds, with the game being broadcast simultaneously in UHD, HDR and HD-SDI feeds from a single production platform, and audio captured in full 5.1+2 Dolby E.

“The Leader instruments allowed us to achieve and sustain conformity between each channel and to accommodate changes in lighting level and chroma shading. The LV5600 instruments have been working well in our UE6 truck for nearly a year now and our production staff find them accurate, robust and easy to operate.”

Kevin Salvidge, European regional development manager at Leader Europe, added: “TVN has long been a preferred production partner of broadcasters and programme suppliers, thanks to the proven experience of its crews and its excellent choice of equipment. Broadcasters and supporting service providers around the world have confirmed the LV5600 as the de-facto standard reference test instrument for 4K HDR and HD HDR.” 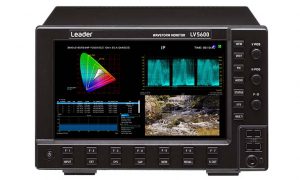 Leader’s LV5600 is a mains-powered SDI/IP waveform monitor in a half-rack width 3U desktop chassis with a touchscreen front panel display. It provides the facilities needed to monitor UHD/HD/SD-SDI as well as video-over-IP signals seamlessly in a hybrid operating environment.

The LV7600 rasterising waveform monitor offers the same capabilities as the LV5600, but in a low-profile 19 inch 1U form-factor for easy rack or desk mounting.