Twenty20: The BBC’s perfect vision for its return to live cricket 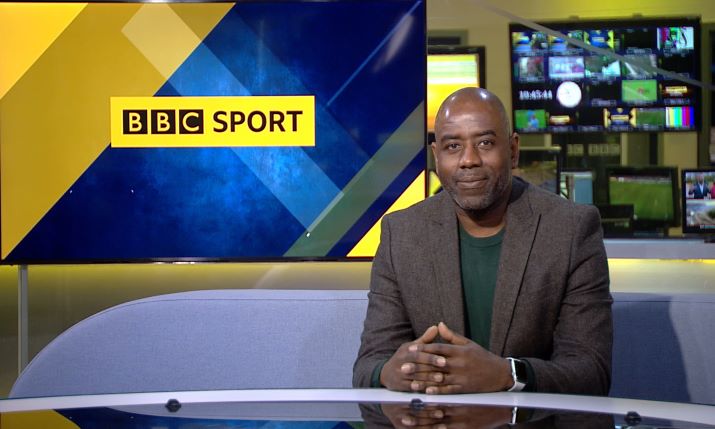 After a gap of 21 years, live cricket returns to BBC screens on 30 August.

As part of a five year deal with the England and Wales Cricket Board (ECB), the broadcaster can cover more than 100 hours of cricket each season.

The original plan for 2020 was live coverage of one game in each round of The Hundred – the newly devised 100-ball cricket competition – plus three Twenty20 internationals featuring both the men’s and women’s fixtures. The first of those T20 games is on 30 August at Old Trafford, Manchester.

“With the onset of COVID-19, The Hundred series was scrapped, but we are still able to provide coverage of the T20s involving England’s men against Pakistan and Australia, and a women’s game yet to be decided,” explains Stephen Lyle, the BBC’s lead executive for TV cricket and iPlayer commissioning.

“This is in addition to the highlights programmes which we have been providing for the Test series against the West Indies and Pakistan. Those highlights programmes were made by an independent production company, but we decided to keep the live games inhouse and they will be produced by BBC Sport with OB facilities provided by Arena Television.”

He goes on to say that the three T20 games will be simulcast with Sky Sports. “We will be taking the World Feed plus some ISOs provided by Sky. This will be supplemented by a number of cameras of our own to allow us to concentrate on those aspects of the game which will better fit our way of telling the story. We will, of course, have a separate presentation and commentary team from those from Sky.”

“We may be looking to add some other names to that list; professionals who are experienced in the T20 format. Under normal circumstances, we would also have guest commentators from the visiting countries, but we have been very heavily restricted because of the coronavirus. This means we are subject to the bio bubbles that have been introduced to keep everyone safe. We simply cannot fly in from abroad the experts we would like to include in our coverage.”

Lyle says that two of the BBC’s cameras will be placed in the commentary box. “These ‘comm-cams’ will show our presenters as they provide in-depth analysis of the action in the games,” he notes.

That analysis will include specialised devised graphics provided by Hawkeye operators, and will include statistics and illustration showing bowling lengths, batsmen’s shot directions, comparisons of dismissals and many other informative details. Although the sequences may be similar to those used by Sky Sports, they will have BBC Sport branding. These sequences will be led by the on-screen commentary team working with a producer in the Arena truck. 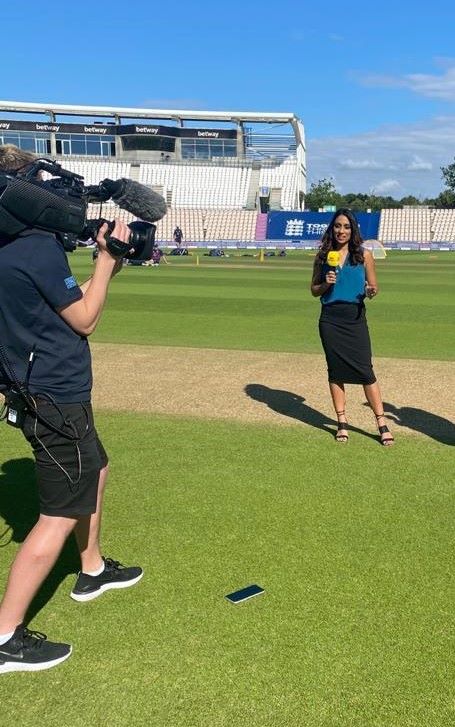 The production team will include a programme editor, a producer/director, a separate vision mixer, a VT producer and a creative producer. Within the live programme, the VT producer ensures that activities take place as per the running order and that the correct package is cued in the right place and ready to run. The creative producer is responsible for originating trailers, interviews that are used during the programme, and additional pictures that are created which can be used as and when required.

“Replays are left in the hands of very experienced EVS operators,” states Lyle. “In the old days, there would be a producer looking over the operators’ shoulders, but that is no longer necessary. These operators know what we are looking to show.”

As well as being provided with a running order from Sky, the BBC team will be across director talkback from the commercial broadcaster. “Obviously, with us taking the World Feed, we will need to know what Sky is planning so that we can insert our own content, as required. And that is especially true, of course, when Sky go to a commercial break. That’s where our additional cameras will come into play. Alongside the ‘comm-cams’ we will have locations around the boundary from where we can present and interview,” Lyle says.

However, these positions will be clearly defined by the ground authorities. Lyle reports that social distancing means finding new ways of talking to players before, during and after play. “We are setting up a kind of news area where interviews can take place while not having individuals too close together. In fact, both the production teams and the players are required to adhere to the separate bio-bubbles that are created to protect individuals from the possibility of infection.”

In addition, the production teams have needed to be inventive when it comes to organising certain aspects of the coverage. “There is far more use of remote technology for these games. The remote buggy that has been in use for some time will be used more and in different ways, and there is an audio feed attached to the equipment. Normally, a camera and sound operator would be allowed on to the pitch for the toss and other formalities, but that will not happen this time.”

Although those are situations to be met and overcome on the day, Lyle adds that one of the biggest challenges has been the revised schedule that has been brought about by COVID-19. “The ECB has been forced to rearrange games and that has meant there is a very small window of opportunity for us to prepare for the live transmissions. In our case, we will do a highlights programme for the first T20 on 28 August, and then immediately switch into live mode for two days later. We will use the highlights experience to fine tune for the live. Also, there has been a lot of trailing during the summer to ensure people are ready. In the pre-Covid world we had planned for a series of rehearsals, but that has not been possible.”

“But,” he concludes, “we have a great team and I am very confident that all will work out well for the games we will be covering.”

England v Pakistan T20 International will be live on BBC One on 30 August from 1.25pm.