World Triathlon Hamburg 2020: Producing an event in the COVID-19 era 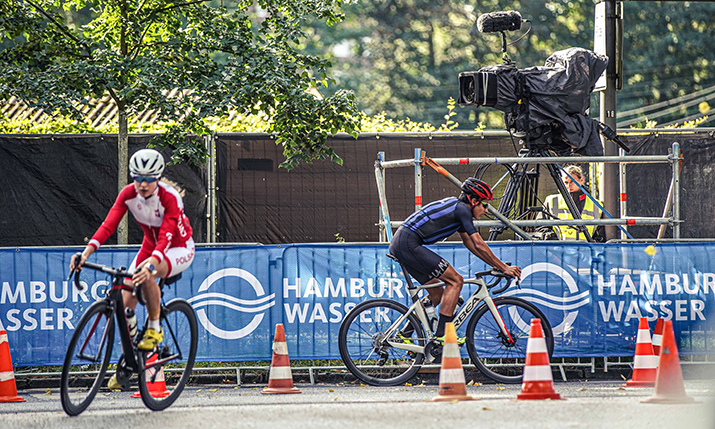 Infront Productions, broadcast partner of organising authority World Triathlon and host broadcaster of the Hamburg races, therefore had to reorganise several key aspects of the coverage to be able to uphold the new sanitary standards and guarantee the safety of athletes and crew.

“Ultimately, we can’t let these COVID-related restrictions hamper our coverage. Our work is to make sure we turn this situation into a positive and find solutions to allow fans to enjoy the return of sports on their screens.”

“For World Triathlon it was of paramount importance to have our first event after the pandemic being broadcast with the same excellent quality as always, even considering the challenging circumstances faced in Hamburg. And it was a great pleasure, and an absolute success to see that all the efforts we have made were worth it,” said World Triathlon president and IOC member Marisol Casado.

“The production team, both from Infront Productions and World Triathlon, on-site was flexible and creative, finding solutions to last-minute issues. We managed to show the world that the sports community is prepared for the so-called ‘new normality’ and events can happen on a safe and healthy mode, but still showing the athletes compete at their best. It was one of the best TV productions we’ve ever made.” 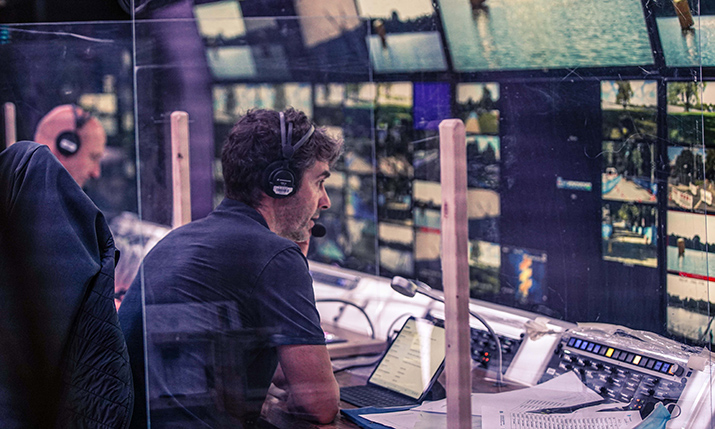 The production of the 2020 World Triathlon Hamburg races was impacted practically as the event was moved from its traditional location in the centre of the city to the fenced-off and controlled environment of the Hamburg Stadtpark. This decision was taken to ensure that COVID-related restrictions were abided by, with only athletes and working personnel (including the TV production team) present in the surroundings. No spectators were allowed in the cordoned off sections of the park.

“In terms of on-site organisation, camera operators and staff were following social distancing measures put in place, such as wearing the mandatory mask at all times and using plexiglass within the OB van to proof all the positions,” explained Julien Bertin, head of Infront Productions France and project manager for the event.

When it came to interacting with the race’s participants, the production team also amended their usual procedures to make sure social distancing was implemented. “Interviews of the athletes were done using a boom from a distance, to ensure the participants’ safety,” he added. 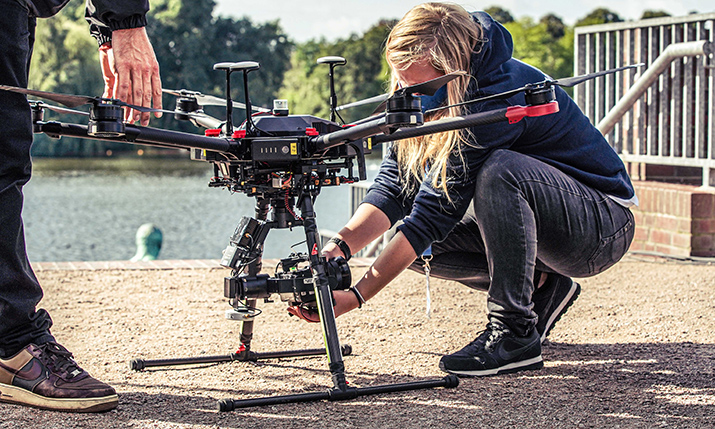 The practical changes also impacted the coverage of the event from an editorial point of view, with several key modifications made to ensure the quality and variety of the production were upheld despite sanitary restrictions.

Due to the change of location, using a traditional coverage set-up with a helicopter providing an aerial perspective was not possible, as the Hamburg Stadtpark is a densely wooded area.

“We chose to use a live drone to replace the helicopter views, which allowed the production crew to film the start, the transition and the finish line, thus enriching the race coverage with these aerial shots,” explained Bertin.

The production relied on coverage from motorbikes and fixed cameras along the race course to ensure the narrative of the competition was conveyed (gaps between groups, trailing, dropping or resurgent athletes). 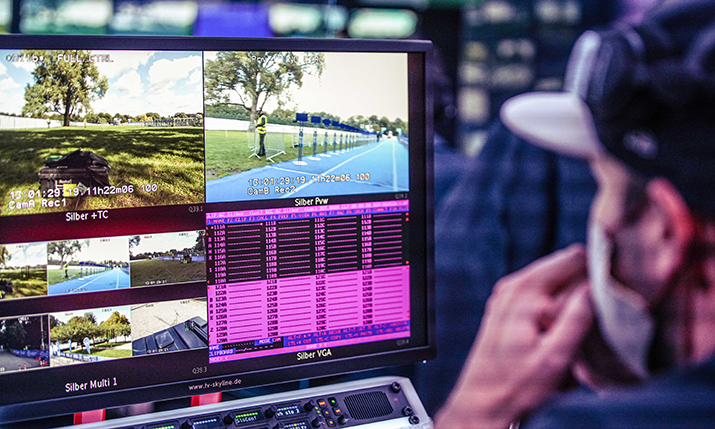 The lack of spectators, as well as the absence of Hamburg downtown shots also meant that the focus of the coverage was fully on the race. In order to maintain a certain level of variety and heighten the storytelling, the production supplemented shots of the race with the insertion of more graphics and replays.

“We added graphics to keep the viewer abreast of constant gaps, identifying groups and the performances of athletes,” reflected Bertin.

“The insertion of replay sequences of key race facts was also used in order to consistently recap what was happening to make sure that the audience could follow the race situation at any time.”

Commentators had a key role to play to compensate the lack of Hamburg sights and fans shots to bring the audience even closer to the action, and they elaborated the focus on the routine the athletes observed in lockdown, or how they trained. They also shared a positive message, marking the return of sports and sports competition.

“Ultimately, we can’t let these COVID-related restrictions hamper our coverage. Our work is to make sure we turn this situation into a positive and find solutions to allow fans to enjoy the return of sports on their screens,” concluded Bertin.