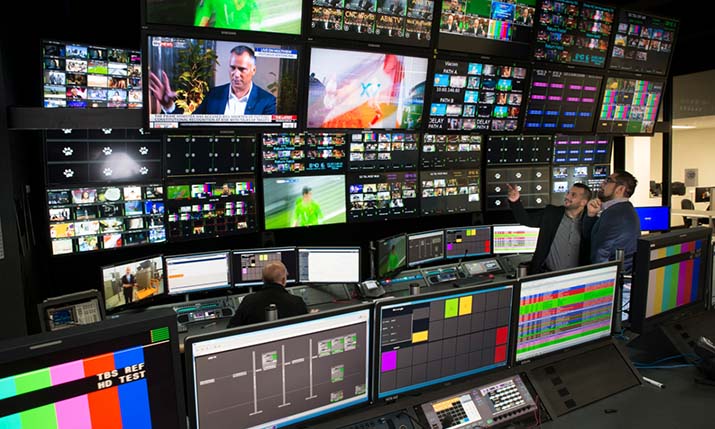 The Telstra Global Media Network has been extended into two of the world’s most populous countries, China and India.

Said to be purpose-built for video contribution and distribution, the Telstra Global Media Network supports permanent and occasional use services. It offers point-to-point and point-to-multi-point connectivity across fibre, satellite, IP, data and partnerships networks,  providing access and delivery at 2,500 global on-network endpoints for 1,000+ customer sites and 1,500+ venues and stadiums.

In China, where Telstra has operated since 1989, its joint venture Telstra PBS was the first foreign company licensed to provide connectivity and network services on the mainland. It operates data networks in 39 key cities and now has six data centres in China. The points of presence in China connect to Telstra’s data centres in Shanghai and Beijing.

Although China has banned international sport from taking place in the country, it hasn’t stopped its people’s appetite for viewing and paying for sport content. The world’s most populous country, China has the largest pay-TV subscriber base with an estimated 394.3 million pay-TV accounts in 2019. This represents a pay-TV household penetration of 85.0 per cent.

Telstra has been providing telecommunication services in India since 1995, where its points of presence connect to Telstra’s data centres in Chennai and Mumbai. India ranks second in the world in terms of its telecommunications and Internet subscriber base. It also has the world’s second-largest television market, with 225 million out of 333 million homes owning TV sets as of January 2019. Before the Covid-19 pandemic, India’s television market was expected to generate revenues of US$13.82 billion by FY21.

TBS operates with what it describes as a unique and agile business model that emphasises knowledge sharing, autonomy, and value creation for customers, while excelling in the fast-paced broadcast industry. The company offers managed services by customising its media and telecommunication networks to suit customer needs.

In the coming years, TBS says it will continue to strive to grow and expand its services, powered by its agile business structure that facilitates collaboration and knowledge sharing. In Australia, the company will focus on the next generation of media networks with the development of its 5G network for media capabilities. Internationally, TBS will focus on delivering hybrid media solutions for large scale events and tours.