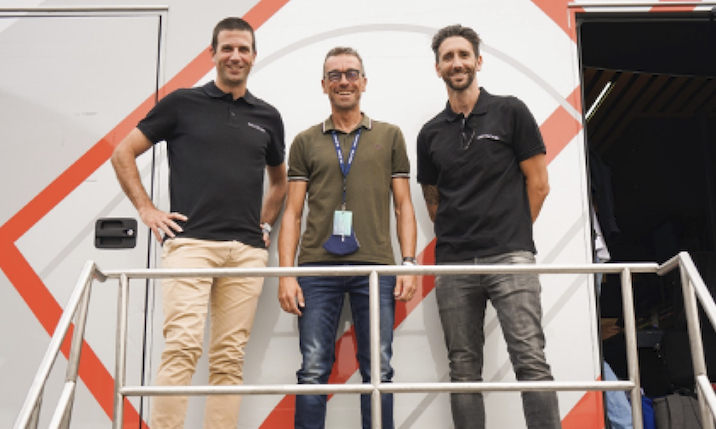 With Eleven Sports relying on Deltacast augmented reality to enhance its coverage of the Belgian Pro League matches, we spoke to Vincent Gustin, creative production manager at Eleven Sports, who is at the heart of the production of the matches.

Gustin’s 28-year career in sports production has seen him spend time at Canal+, RTL, RTBF and VOO, but what does he think the future holds for AR in live sports storytelling?

Can you explain to us how the decision to add augmented reality during a live broadcast is made?

The philosophy at Eleven is to give fans a different view on how we present the main match events. Everything starts from the storytelling of the match with close discussions with journalists on what they need. First and foremost, augmented reality is a tool box for the editorial team.

How does it work in practice?

It’s teamwork. First, there is the match running order with pre-established actions like the line up or match statistics, for example. Then, during the match, you can have different kinds of events where augmented reality can be used: expected goal, recuperation line, penalty map, corner zone, distribution of attacks or shot speed. The decision is taken under the impulse of the operator or the producer. If there is a goal action where the shot speed is important, my feeling is to suggest it to the operator.

“Camera movement and augmented reality can add a lot of meaning to your footage, changing and shaping a viewer’s perspective of a scene”

How do you see the future of augmented reality in sports broadcast?
Augmented reality is today fully part of match storytelling; and it is part of our DNA at Eleven. However, I would say that the main challenge remains finding the right balance between game readability and augmented elements. It should not be counter-productive and distract fans from the game. You have counter examples with the NFL in the US. There, you have augmented information coming every three seconds.

In football, distribution of attacks or recuperation line are today well accepted and well integrated in the production.

How would you describe the relationship with Deltacast?
There is an open dialogue between Deltacast and us and, I would add, WTVision for the graphics operations. We all have different view angles on the solution and can suggest new ideas. It works as a win-win for all parties involved and I like it.