Eurovision 2022 to headline on the BBC with Graham Norton, Ken Bruce and Sam Ryder at the Grand Final in Turin 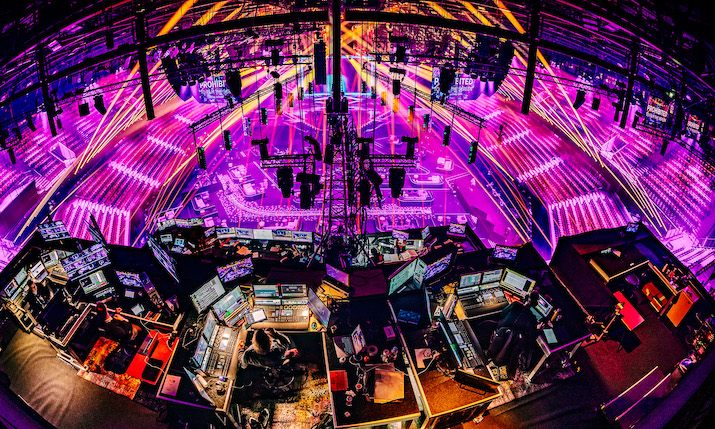 The Eurovision Song Contest, one of the longest-running and most-watched non-sporting events in the world, is to be broadcast live from Turin across the BBC this month.

Italy will play host to the 2022 contest following the country’s victory in 2021 in Rotterdam with Zitti E Buoni performed by Måneskin.

The BBC’s Eurovision coverage is a BBC Studios production, commissioned by Kate Phillips, director of entertainment. The executive producer and head of delegation is Andrew Cartmell, and the series producer and assistant head of delegation is Lee Smithurst. Suzy Lamb is the MD for BBC Studios Entertainment and Music. The commissioning editor for the BBC is Rachel Ashdown.

Graham Norton returns for his 13th Eurovision Song Contest on BBC One, where he will be commentating live from Turin.

TV presenter, AJ Odudu will be taking the reins of the Eurovision Spokesperson, as she will be delivering the results of the UK professional jury vote live from dock10 studios in Salford, for the first time ever. Over on BBC Radio 2, Ken Bruce will continue his long running Eurovision coverage, where he will be hosting live from Turin.

As one of the Big Five countries (UK, Spain, Germany, France, Italy), the UK does not have to qualify from the semi-final stage of the competition and will gain automatic access to the Saturday Grand Final. Italy, as well as being part of the Big Five, is guaranteed a place in the final due to their victory at last year’s contest

TikTok sensation and singer-songwriter Sam Ryder will be representing the UK with his single Space Man, released by Parlophone (part of Warner Music Group).

The Eurovision Song Contest 2022, will be hosted by Laura Pausini, Alessandro Cattelan and Mikaand broadcast live from The Pala Olimpico Arenain Turin.

The result of the 2022 Eurovision Song Contest will be determined by a 50/50 vote with 50% of the votes from the televoting in each participating country and the other 50% of votes will come from a group of five music professionals from each of the 40 countries taking part.