ITV is using M2A Media’s Live Capture product to streamline the way the broadcaster’s catch up assets are created for live programmes.

M2A Media’s Live Capture service enables ITV to capture and deliver live content to both its own-operated and third party OTT platforms. Following a successful proof of concept, the UK broadcaster chose M2A Media’s Live Capture solution to move its Late & Live workflow into the cloud, enabling its viewers to catch up with programmes more quickly after the end of transmission.

ITV began using M2A Media’s service in April this year, in particular for its Love Island series that generates big viewing figures. Its use on that programme was followed by the World Cup and the French Open, says M2A Media’s Marina Kalkanis, CEO and co-founder. 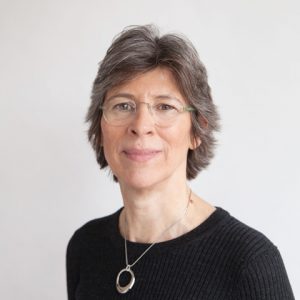 Live Capture gives ITV the ability to produce content for all different types of purposes, said Kalkanis. “It is suitable for playback on older STBs and older Virgin Media and Sky formats. One of the things we’re able to do is produce in the range of 40 different formats with Live Capture, simultaneously, in the cloud. ITV can create an event, particularly sports events like tennis that can be hours long, and in minutes after the event we can produce all the formats they need; formats for the ITV Hub, formats for syndication, formats for archive and reuse, and multiple device and operating system types.”

Speed is key in reformatting sporting events for ITV, said Kalkanis: “It’s all about the viewer. As soon as you get content in front of the viewer you generate a lot more brand value, more valuable monitisation opportunities. You can monitise live and also catch up; ITV only syndicates catch up. There’s a window of interest around live, so the faster you can get content up, the better; every minute counts for monitisation, especially around live events.”

Prior to using Live Capture ITV used services deployed on site, that required, said Kalkanis, “more manual interaction, that were fixed to location, and that had fixed capacity”. She went on: “We have no capacity limitations and we are not location specific as we’re in the cloud. Because of that, we aren’t trying to shift content from one place to another, so we don’t have any bottlenecks. Also, because ITV uses the cloud in other areas of its operations beyond what we do, they are able to pull content to other cloud systems.”

Andy Burnett, director of online technology and operations at ITV, commented: “After a successful proof of concept, ITV chose M2A Media to move its Late & Live workflow into the cloud.

“The ability to replace the original adverts in live programmes, combined with the need for seamless joins and accelerated encoding with fast turnaround made this platform a great fit for ITV’s needs. Partnering with M2A Media to evolve the product features has resulted in a market-leading solution,” he added.

Concluding, Kalkanis said OTT delivery is ever-more important today: “OTT is just becoming defacto for content delivery these days; it’s the preferred way and in some cases, especially for sports, the main way of consuming content.

“What is important is the ability to innovate around OTT,” she added. “Moving beyond the broadcaster, to adding personalisation and customisation, machine learning like image recognition, and the ability to offer unlimited quantities of content, is key.”

In the small world of sports broadcast, Kalkanis and M2A Media co-founder and CTO, Marcus Box, both knew ITV from their days prior to MTA Media, at the BBC. Kalkanis was the BBC’s director of platform and common services, where she built the online video platform for iPlayer, expanded it for the 2012 Olympics, and led the team that migrated the BBC’s tape-based linear playout workflow to file-based IP delivery, running in AWS cloud. Meanwhile, Box was head of engineering in BBC Design & Engineering’s platform and common services division.