SVG Europe: The question of costs is an ever-present issue. How can reductions in cost for broadcasters be achieved in the sports graphics environment?

Stuart Coles: Budgets are often squeezed, but the key for us is delivering a cost effective solution, whilst maintaining the quality and consistency of our output. AE’s global success has been founded on the delivery of a premium product, so it’s crucial that we do not sacrifice the values that have enabled us to forge our reputation. That said, there are steps that suppliers can take and in our case we’ve done so by broadening our geographical presence. For example, our India office is staffed entirely using skilled local staff, ranging from operators at the frontline, to project managers, to software programmers. This model is also true of our South Africa office, utilising local staff inevitably reduces costs as does our ability to offer a complete end-to-end solution, from the initial concept design and build process to the final onsite delivery, removing the need for our clients to go to several different parties to achieve a single goal. 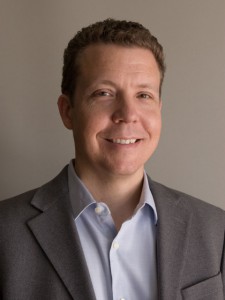 Andrew Heimbold: The advent of template-based graphics has played a huge role in reducing the traditional overhead of graphics production. By taking advantage of these developments, broadcasters can save a significant amount of time and money, because they can more efficiently create a smaller amount of graphics and repurpose them for a wider range of broadcasts. There are also a plethora of new tools and technology emerging, which networks can take advantage of to boost the quality of real-time graphics, while also streamlining operations. Just in the last few years, we’ve seen a growing number of solutions, like our Uppercut system, that combine hardware with bespoke software to synchronise audio, video and graphics across the pipeline, offering a whole new set of workflow efficiencies that trickle down from the top to the bottom of the production chain. With hardware developers making their APIs and control language more readily available, solutions developers like RCS can tap into a common API to develop systems that sync and control each component of the workflow through software, simplifying the way studios get graphics to air in a real-time environment.

Bruce Lynn: The cost of sports graphics is not in the purchase, but in the operation. When you have a collection of diverse tools each requiring an expensive, specially skilled operator, the wage bill adds up quickly. The pressure on cost of ownership has pushed us to incorporate richer and richer functionality into the base product so that one operator can be leveraged more extensively. Fox Australia has used Piero for Surfing analysis and NBC used it for Luge and Downhill Skiing scrutiny without any special modification, extra components or added costs. Finally, with a pure image analysis product like Piero, no has to go to the venue. A number of our customers do all of their production from a centralised studio. 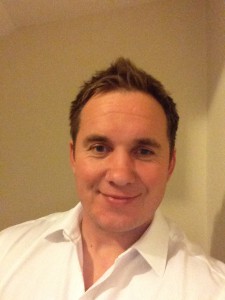 Coles: Second screen applications have been a buzzword for many of our clients over the past few years and I think it’s fair to say that most broadcasters are still searching for their ‘eureka’ second screen moment. It’s right that broadcasters look to their graphics suppliers to help deliver this strand, and our role in the workflow process means that we are ideally placed to pass on live data and statistics. Outside of graphics and data we continue to explore new and innovative ways to deliver a second screen experience, most notably our recent investment in and assistance with the development of an ultra-HD camera stitch technology, which will enable the viewer to view any part of the playing surface at any point in time. This is a unique concept in that it passes complete control to the viewer and, whilst it remains in the early stages of development, I feel confident that it could prove to be a game-changer in this field.

Heimbold: The rise of second screen applications is giving networks and leagues a new avenue through which they can engage fans before, during and after the game. Tapping both the cloud and processing power of today’s consumer devices, broadcasters have all of the player and team stats, information and news available at their fingertips to share with fans instantly via second screen, continuing their engagement with the game even during breaks in programming. There’s a definite place for these apps in sports programming. They not only allow networks to better target specific end-users during games, but also enable greater graphics customisation compared to a live production environment, where everything has to be rendered locally. As a graphics solution provider, second screen apps are also great, because they offer another way to boost fan engagement, without having to start completely from scratch; you can leverage existing graphics tools and content made for the broadcast and make them compatible for tablets and phones. We’re starting to see more sports broadcasters express interest in second screen applications, and RCS, as well as other graphics solutions providers, are working to give customers more options to deliver targeted, customised graphics to viewers via second screen. In terms of graphics customisation, we’ve only scratched the surface but are sure to make great strides in the next few years.

Lynn: The rise of second screen applications is a big mutual opportunity for both broadcasters and advanced graphical tools. One of the biggest limitations for a product like Piero is airtime. There is very limited amount of airtime with lots of things fighting for inclusion during a given broadcast. Many great analyses and effects have historically been left on the OB or studio floor. The extension to second screen apps provides an opportunity to share even more of this rich illustration and story-telling. Similarly, the broadcasters who are building these online properties are looking for compelling material to offer on these platforms, and these sophisticated sports graphics and analysis work particularly well here. When Piero worked on the London 2012 Olympics with NBC, as much material was produced for nbcolympics.com as for the live broadcast

SVG Europe: Augmented Reality (AR) presentation is becoming increasing popular in sports programmes. What impact does this have on your products?

Coles: While we’ve always found the adoption of the various technology relatively simple within a studio setup, the challenges within the live sports OB environment have proved more testing. We’ve been delivering AR content at OBs for some considerable time, initially via feature tracking technology using either ChyronHego or RT Software systems and, more recently, with Stypegrip and NCAM units, talking directly to our Vizrt engines. The level of input with each of these methods varies significantly in line with the quality of the output to be achieved. I would say that the key challenge for us has been making our clients recognise the necessary changes to the workflow, ranging from the need for a more reactive design presence, greater demands on engineering resources for calibration, testing and delay issues and, most importantly, the need for the production team to completely buy in to the AR content as part of their editorial direction, rather than just a gimmick.

Heimbold: AR is currently undergoing a renaissance in sports programming. It’s no longer seen as a gimmick, but as a valuable tool for advancing the quality of broadcasts. Properly leveraging AR isn’t just about showcasing data and information; the effect enhances production value, and as technology continues to advance, AR workflows are becoming easier to implement. At RCS we’ve seen a spike in customers looking for virtual reality solutions and packages over the last year. Furthermore, technology developers like ncam and Stype have opened the gates to AR’s recent surge in popularity with innovative new tools that make AR easier to deploy in live and studio production environments. 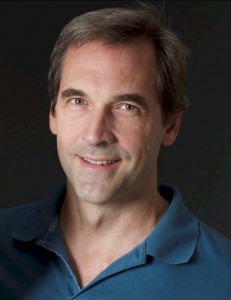 Lynn: From a Piero perspective, it makes Piero more popular. Augmented Reality has been pretty much what Piero has been doing for years now. From a broadcaster perspective, AR puts even more pressure on quality and reliability  If you are going to superimpose special effects over the live broadcast, you want to be 110% sure nothing will go wrong. The lion’s share of our effects have been quick turnarounds — extra replays, next break, which provides the opportunity to clip off the effect to an EVS for the director or producer to review before going to air. But increasingly ‘straight to air’ enhancement demands that the tool have the highest reliability.