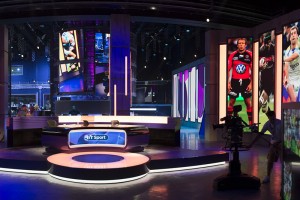 BT Sport has become the latest sports broadcaster to adopt ContentAgent, the file-based workflow management and automation system from Root6 Technology. The broadcaster is using it to automate fast-turnaround frame rate conversion and Ultra HD transcoding. Timeline Television, BT Sport’s managed service provider, has installed two ContentAgent systems at BT Sport’s studios in the Queen Elizabeth Olympic Park, London, where it is integrated with equipment from EVS, Avid and Harmonic.

This was a key reason for BT Sport to adopt the system, as it regularly needs to transcode US material from 60p to 50p, such as for NFL games, which are rewrapped and made available on its MediaGrid and then sent to Avid or archive.

“It’s a very flexible tool capable of automating a raft of frequently used workflows,” said Malcolm Cowan, Head of Technology, Timeline TV at BT Sport. “It’s easy to plug in different nodes for specific operations. We use it for a variety of everyday tasks around the facility including transcoding material to AVC Intra 100 files for our EVS and Avid systems.”

BBC Sport also uses the framerate conversion at its Media City base, and made extensive use of it for last year’s World Cup from Rio. The BBC and IMG are the biggest sports users of ContentAgent, while Perform has also installed the system this year. 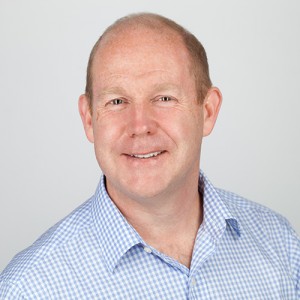 Malcolm Cowan: BT Sports uses ContentAgent “for a variety of everyday tasks around the facility including transcoding material to AVC Intra”

It can do conversions at faster than realtime, but a typical set up runs at 50 frames per second with less complex formats, such as ProRes or DNxHD. However, more complex codecs, such as AVC Intra, take a little longer. The system uses no baseband processing, although it can output an SDI feed for visual quality control. The system can easily scale up to transcode files in parallel, and will push files out to other computers to create a render farm.

“We also use it for upscaling content for UHD,” said Cowan, where it is being used to create Sony XAVC UHD files at 50p.

BT Sport could also use ContentAgent for ingest said Walker. “A lot of people are using it in sports to ingest camera cards,” via the CardAgent app, which allows users, including non-technical personnel, such as journalists, to quickly ingest different formats, and to browse, select and edit clips. The files then get processed by ContentAgent. It can also ingest custom metadata from cards through the transcoding process, and create Avid (or other) files so that they are immediately available for editing in an Avid Interplay environment (for example).

However, BT already had established workflows for dealing with incoming media from the wide variety of camera formats that programmes shoot on, which are rewrapped and transcoded into its in-house standard (AVC Intra at 100Mbps) and are then available for viewing on the desktop via EVS’s IP Browse. However, Cowan said that this is an area it is looking at, and it might consider using CardAgent as it is always interested in options that offer cost savings or greater efficiencies.

“We’re not using ContentAgent for any DPP processes at the moment, although it can do it, but we have an established process using Amberfin,” which also does transcoding, for sending DPP files to its playout partners (Red Bee and Arqiva).

When BT bought ContentAgent, prior to the launch of its UHD channel, Amberfin didn’t have all the framerate and UHD capabilities it needed, and having the two systems “provides us with a certain amount of resilience, having different products for different workflows,” said Cowan.

ContentAgent can also be used for file-based quality control, integrated with Vidcheck or other major QC systems, and can automate the workflow with these.

There is also a graphical workflow designer tool that allows an operator to design a series of tasks (such as copying metadata, ingest, transcoding or adding timecodes to viewing copies), which can be placed in a flowchart to create an automated workflow.