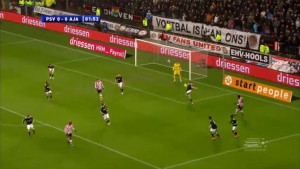 Orad Hi-Tec Systems has announced that the Eredivisie Dutch Football League has signed on to use Orad’s virtual advertising and sports enhancement solutions for another four years. With Orad’s enterprise graphics and branding solutions, Eredivisie can place multiple virtual ads, from a variety of advertisers, around the field for every game.

The Orad system supports a wide range of advert sizes and animations with the option to change adverts during the game, removing branding barriers such as difficult lighting and tight placement conditions.

In addition to the virtual advertisements, Eredivisie will leverage Orad Sports Enhancement systems for live game analysis. Broadcasters can use Orad Sports Enhancement systems to support on-air talent commentary, visually displaying critical game elements including speed of the ball, offside lines and information about the players, as well as place club logos on the field itself.

The Eredivisie production infrastructure includes one tracked camera that is centre field for virtual advertising and two tracked 16 meters cameras for sports enhancement production. With the center field camera fixed on the goal area, virtual advert graphics are viewable at all times. Embedded chroma keys extract the players from the green, enabling the graphics to be composed as if they were real billboards as opposed to virtual. Moreover, Orad’s system distorts the graphics according to the camera’s perspective, so that television viewers see the ads in a realistic vertical position. This virtual advert placement flexibility provides the Eredivisie with additional advertising opportunities as vertical billboards cannot be positioned next to the goal posts.