Akamai has revealed that the football in Russia was the most-streamed sporting event on its platform to date. The highest traffic peak was during the semi-final between France and Belgium.

France not only took home the trophy in Russia, they also won the most-streamed game. The highest traffic peak on the Akamai platform during a single game of the tournament was during the semi-final between France and Belgium, during which bandwidth reached 22.52Tbps.  To put that in context, four years ago, the peak in Brazil was 6.88Tbps. The France-Croatia final drove the second-highest bandwidth peak of the tournament at 20.66Tbps.

The company worked with 55 broadcasters worldwide to stream the event from Russia, ensuring anyone watching online, via a connected TV or out on the move, did not miss a moment. 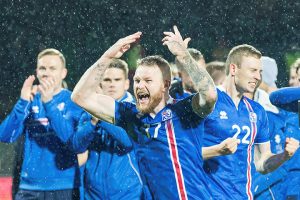 Ian Munford, director of product marketing, EMEA, at Akamai, spoke to SVG Europe about what led to the huge increase in data being streamed in Russia, versus the last WC in Brazil. “The obvious thing to say is that more people are watching online and, whilst this is certainly true, it’s only part of the story. One of the biggest contributors leading to the increase in data being streamed from Russia has been the improvement in user experience through high definition video and improved UX. Viewers now have the option to watch high quality video, with minimal buffering on large screen TVs as well as when they are on the move. We witnessed much higher fidelity streams being requested and this points towards large screen viewing.”

The Russian tournament drew unprecedented audiences for international football streaming, with the final match driving 7.9 million concurrent streams. The peak in the tournament was during group stage, where two games (Mexico-Sweden and South Korea-Germany) took place at the same time and achieved 9.7 million concurrent streams. This compares to a viewing peak of 5 million for the tournament in Brazil, which also occurred when two games were played at the same time (US-Germany and Portugal-Ghana).

On how he thinks the next World Cup will surpass this one in terms of data streamed by and for viewers, Munford stated: “The culture of viewing games with friends and family isn’t going to change; when Qatar rolls around, we’re still going to watch on the biggest screen available at the time. What’s evolving, and what will be even more pervasive by 2022, is the way that the signal is getting to that TV. More and more of us are using streaming services to access our favourite shows and the controller we instinctively reach for when we park ourselves on the sofa is just as likely to be for a streaming stick as it is for a channel changer. We’re increasingly making streaming our default way of viewing and this will only grow between now and 2022.

“This year, the only way to watch the action from Russia in 4K was to watch OTT and, whilst that was for a trial, by the time we kick off in Qatar, what’s nascent today will be mainstream. We also expect to see further developments in augmented reality and other technologies that enhance fan experiences,” continued Munford.

As for the innovations or fail-safes that are needed before the next World Cup to accommodate the increase in streaming, technically, Munford said: “For any event of this size, the planning starts years in advance; we’re already four years into our preparations for Qatar. Qatar will unleash a host of different challenges due to the timings of the competition itself. Previously these events have been held during June and July, when global internet traffic is typically lower. With a tournament taking place in November and December, global traffic will be at its highest due to big events like Black Friday and the Christmas peak, which already stretch capacity on the internet.

“Planning for success in that environment requires careful optimisation across the content delivery workflow. One thing that we may see more of is broadcasters working with delivery partners to move content beyond the edge with peer-assisted delivery or exploring other multicast delivery solutions,” he noted.

Munford continued, speaking about what the sports broadcast world will look like in four years time: “Viewers are getting more used to interactivity in their experiences. As we grow accustomed to being able to interrogate content, expectations to be able to do so rise. Being able to serve not just primary content but secondary content too – whether that’s allowing people to choose a commentary in a different language or selecting their own replays and stats during half time – could be required fare by 2022. What’s clear is that broadcasters need to prepare to move large volumes of data, extremely rapidly, to viewers.”

Overall, peak bandwidth requirements for video streaming for the Russian football far exceeded the matches in Brazil.  In fact, 92% of the games played in Russia topped out higher than the peak for the most-streamed match in Brazil. When the peak bandwidth numbers hit in every game of the tournaments are compared side by side, the average (median) peak in Russia was 10.54Tbps, more than tripling the median peak in Brazil of 3.29Tbps.

In all, 2.7 times as much data was streamed in Russia than was streamed in Brazil in 2014 and 2.3 times as much as in Rio for the athletics in 2016, making it the most-streamed sporting tournament, by volume, on the Akamai platform to date. The number of minutes of footage streamed also vastly increased from Brazil to Russia.  From start to finish, 29.3 billion minutes of football action were streamed from Russia, a 63% uplift on Brazil.

It took just 11 days to surpass the Rio streaming record, and by the end of the group stage Akamai had streamed 65% more data than it did from start to finish in Rio.