Comments Off on Elemental To Take Aim at Traditional Video Infrastructure

Barnfind Technologies (Booth SU12008), a Norway-based  manufacturer of a multifunctional, signal-neutral transport platform, will exhibit a breakthrough CAM-CCU control system in conjunction with Ikegami. Using Ikegami’s cameras, shipped directly to Barnfind’s booth from Japan, Barnfind will demonstrate advanced switching between cameras and CCUs. The Barnfind platform allows up to nine cameras to be muxed on […]  More

Comments Off on Barnfind, Ikegami To Show Advanced CAM-CCU Control

New report: big data transformation and analysis ‘will unlock the future of TV’

A new paper from GfK, entitled ‘Big Questions, Big Answers: Will harnessing smart data for audience analytics save the broadcast industry?’, explores the benefits of big data for broadcast and outlines the future it has for the TV industry. Key decision-makers and executives from 14 media groups were interviewed, drawn from companies that serve over […]  More

Comments Off on New report: big data transformation and analysis ‘will unlock the future of TV’

Comments Off on Deluxe, BT Media & Broadcast to extend reach of MediaCloud

A joint venture between R3 Events and ENS, the Sports Technology Awards was established in 2014 to celebrate the best and most innovative technology in sport, encompassing training, performance and apps. The second edition took place on 27 March at popular venue The Brewery, located in London’s Moorgate. More than 450 people attended the ceremony, […]  More

Comments Off on Glory for EVS at Sports Technology Awards 2015 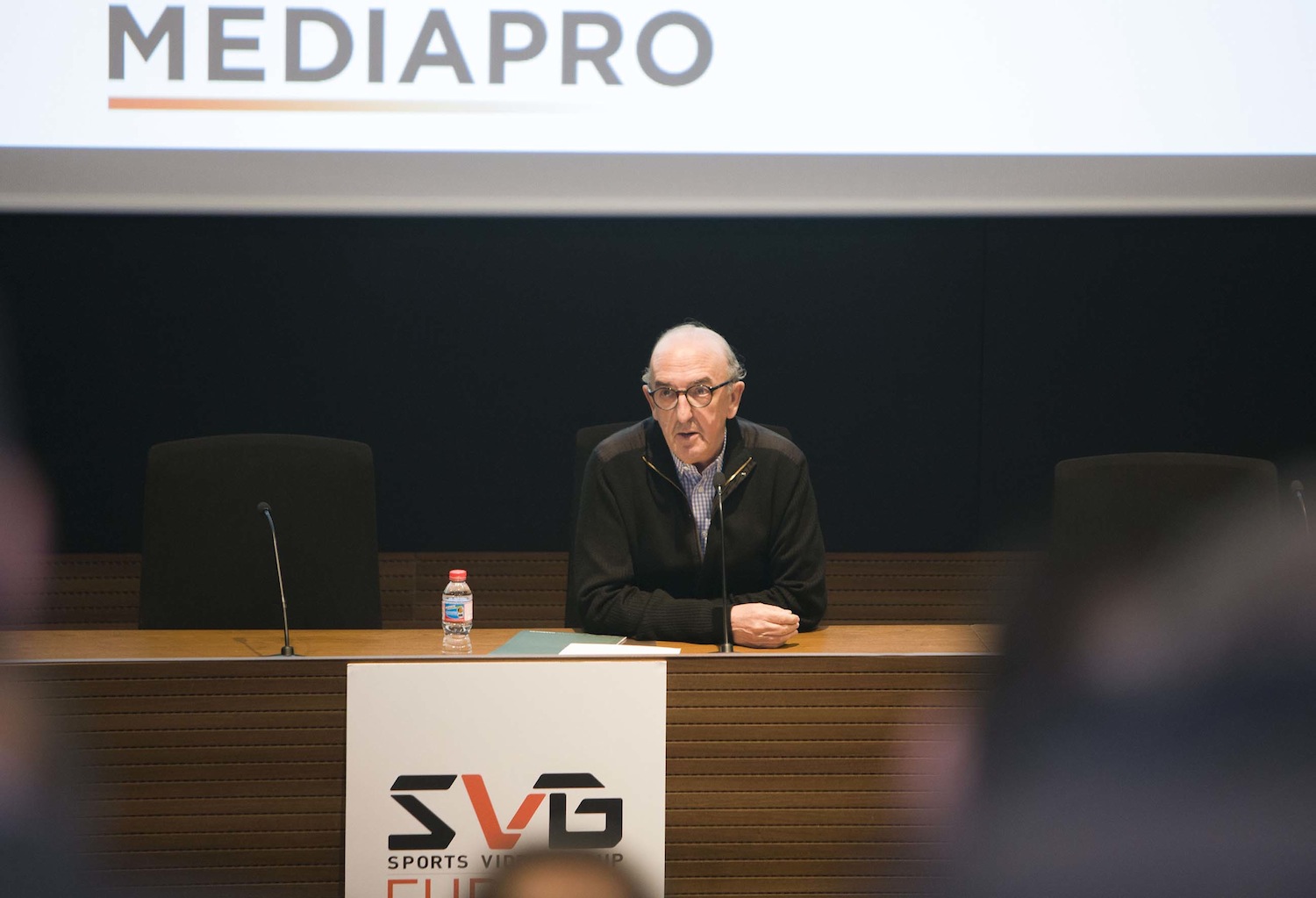 The top professional division of the Spanish league system, Liga BBVA consistently attracts some of the world’s best football players. In a scene-setting session at SVG Europe’s Football Production Summit 2015, Mediapro president/founder/partner Jaume Roures discussed the continuing success of La Liga with leading developments in TV production, rights, technology and distribution. Despite the many […]  More

Every week GlobalSportsJobs.com and SVG Europe join forces to bring you details of a new, much sought-after employment opportunity in sports broadcasting and related disciplines. This week’s role is a full-time Lausanne, Switzerland-based position as television sales and distribution director at Boxing Marketing Arm (BMA). The International Boxing Association (AIBA) is a non-profit making international […]  More

Cinegy prepares ‘Cloud With a Chance of Media’ seminars

Cinegy has released details of a series of seminars, entitled ‘Cloud With a Chance of Media’, to take place on-booth at NAB 2015. The company will demystify what “cloud” really means for broadcasters and how Cinegy is optimising a range of internet-oriented technologies for safe, effective and beneficial deployment in the traditionally conservative world of […]  More